So it’s been just over a week since Austin Armacost existed the Big Brother house as this year’s runner up in CBB and I’ve been keeping up with what’s been happening with one of my new favourite celeb couples Austin and his adorable husband Jake Lees or Jaktin as I’ve christened them. I think they probably should have their own reality show and their sweet little Chihuahua who is in Jake’s twitter profile pic with them could be running around the place and James Hill could visit.

So just what’s been happening since in Jaktin world?

Well a good place to start might be the CBB afterparty where we got some lovely pics of the happy couple kissing and holding hands. We also had some pics of Austin and James as the CBB bromance goes from strength to strength.

Following the afterparty Austin and James settled back into married bliss with Jake tweeting,

So cute @austinarmacost missed music so much he's sat with earphones in and I'm sat here talking to myself like a crazy person …..

4.57pm @Austinarmacost has dumped all his laundry on Jake and he's walked to the Farm Shop for some scotch eggs!

By Friday, the couple were partying in Stroke where Austin was making an appearance in Gossip Stroke with Blue’s Duncan James and Jake tweeting,

And Austin tweeted about his belated letter from home from Jake,

The letter from home only took a few more days than I thought… BUT here it is ✉️➡️🏠 pic.twitter.com/BZDKhBvF4P

By the 26th the busy couple were on Irish shores in Belfast at Boombox Belfast and still on Celtic shores in Polo Lounge Glasgow on the 27th. On Sunday Austin will be playing in the Sellebrity soccer match as will James.

Tonight the Celebrity Big Brother final took place and it was 28-year-old former Apprentice star and businessman James Hill who was crowned the winner ahead of best pal in the house 27-year-old model and reality star Austin Armacost who finished second.

Following a nail-biting end to the finale with 2% in it, Hill, who was odds-on favourite going into the final, prevailed to win. In the battle of the nations, it was fitting that it was a battle to the end between the last American and last British standing. I was for Austin so it was sad he didn’t win but it was so lovely seeing him reunited with his husband Jake Lees. They are such a lovely couple.

Well done James on the win! 🙂 Well done Austin on becoming the runner-up! 🙂 And well done to all the finalists! 🙂

So as Frank Sinatra might say, “Now the end is near …” and we have most certainly almost reached the final curtain of CBB 2015. So I have decided to give my final verdict on each of the finalists below. Enjoy!

My winner. He’s been nice, honest, real and really entertaining. All the ingredients you need in a CBB winner. Of course there’s been mistakes he’s made in there but haven’t they all made mistakes in there in one way or another? They are all human after all. At least he always owns up to what he’s done wrong and apologises. I also love seeing him doing the Yorkshire accent and I think he’s got a good sense of humour. Austin for the win! 🙂

I can’t really get past the comment he made to Farrah about been evil on the inside. I wouldn’t say that to my worse enemy. Aside from that I think he has been a bit boring in the show but on positive note the way he looked after Austin when he broke down was very caring and you could see his fatherly side which was a nice side to see.

He might win but I don’t think he should. James might be a nice guy outside the house but I don’t think he’s quite as caring about everyone who he sees as “fragile” as he makes out. I do think he’s playing the Mr. Nice Guy role a bit too much but loyalty is a huge plus quality and I think voting for Austin when they hung around the most in the house together was wrong and what was worse about that was he couldn’t admit or possibly see that it was wrong. He can be a bit boring in it too.

Natasha is a bit boring in it in my opinion. I just don’t think she has done enough in there to win.

Like Natasha, Sherrie hasn’t really did enough to win but I will say in the last few episodes I think Sherrie has been coming more into her own and we’re beginning to hear her opinions and they mostly seem pretty on point to me. It’s a bit late in the game to come more into the show for her to win. Maybe if the series was longer it would be a different story.

My runners-up. I like Stevi but as I said in a previous post I do like Chloe the best of them both. However the more you watch them the more you do get to like them more and more as a couple. Yes, it can be cringe-worthy tv at times but there is something very likable about them together.

Pejic said of the new ads,

“I’ve seen it all around the city. It’s kind of cool to see your face on a big billboard in the city you came to to make your dream happen. You don’t want to walk around the city looking average. You feel like you have to live up to that billboard.”

Pejic is the newest face of Kenneth Cole ‘ The Courageous Class’ campaign series. In the exclusive video for the campaign she speaks about her personal journey with trans identity, being true to herself and her modelling career. Pejic joins fellow campaign stars Rhymefest, Topaz Page-Green, Jamie Clarke and Jon Rose.

I was recently at a great art exhibition in Bray with my sister. It was held in the Cornerstone Church of the Well in Bray and was the 18th annual art exhibition by Bray Churches Together. Organised by one of the artists whose work was on display Peter Growney, the exhibition displayed a host of stunning pieces showing the immense talent there is via numerous wonderfully crafted pieces such as the acrylic beauty of Stripes, The Boxer and Colours of Autumn by Avril Stanley, the fun of It’s Magic, Disappearing Magic and Magic Stars by Ann Hardigan, the realism and colour of Ray Cranley’s Bray Seafront 1950s, In The Dargle and The Turkish Baths Bray and the originality of Peter Growney’s Scene From Kilcoole to Wicklow, Candy Kiosks and Bray Bandstand. Further highlights included Paul Carroll’s work with Blue Eyed Girl and The Fisherman’s First Love, David Walsh’s Dunlaoghaire Yacht 1, 2 and 3 on print, David Fitzgerald’s Chris’s Chalice and Taylor Swift, Jean Poutch’s Powerscourt River Walk, Grafton Street and London Side Street and Meave Spotswood’s Blue Jug, Badgers and Resting. These were the highlights for me but to be honest you couldn’t look anywhere without seeing stunning work and been really happy that there is so much amazing creativity and talent out there. There was no bad paintings. Brilliant exhibition.

Ah, so we lost Farrah tonight and I had got to like her so that was sad. I would have had to put my five favourites in here if she had stayed. But I’ll put a piece at the end about Farrah because she was one of the contestants who made the show this year. And also about Fatman Scoop who would have made it a favourite six. So who is my current four remaining faves. Read on to find out …

I was so pleased that Austin made the top 4 tonight because he totally deserved it. He’s entertaining, lovely and has a very strong personality. I loved that even when he put Farrah out instead of Jenna he did it in a gentlemanly way and said she was a lovely woman. I love his bromance with James too even though I’m not crazy about James in it. For me, he’s my winner and has been from the start of the show.

I love Jenna’s strongness. She’s feisty and very honest and I love how she acted like a big sister to Farrah when so many of the house were ganging up on her. It was very brave and I love their friendship. She’s entertaining too.

Stevi comes across as a nice man but the reason they are in my four faves is really because of Chloe. I like her kookiness and her quirky dress sense. I think she’s quite strong too apart from when her emotions get the better of her.

And two faves who have been evicted:

Farrah is a sassy, strong lady who was very entertaining on the show. I don’t really get all the hate for her but I guess some people find strong people off-putting. I think like everyone in the house that there was things I disagreed with her on which is inevitable but overall I liked her and I’m sad she’s out.

Fatman Scoop was very easy-going in the house and I thought he was very brave to stand by Farrah and Jenna. It showed a lot of strength in his character to stand by his friends even when it wasn’t popular to do so.

Check out Scott Cadenhead from OutCry’s excellent guitar skills below:

See the full channel at: https://www.youtube.com/user/ScottCadenheadMusic

OutCry’s most recent gigs have been in Leicester on the 30th of May in the Pi Bar and on the 11th of July in The Cluny in Newcastle.

Celebrity Big Brother 2015 is underway and it is the battle of Britain and America. So who is my top four favourites? Read on to find out …

I love his honesty and he’s very entertaining as are the entire US team whether you like some of them or not. Very interesting, talks a lot of sense and seems very nice.

I wasn’t crazy about Janice in the jungle but I’ve warmed to her in the CBB house. She seems really interesting and brings a lot to the show and seems nice.

James seems nice and is my favourite of the British in the house. 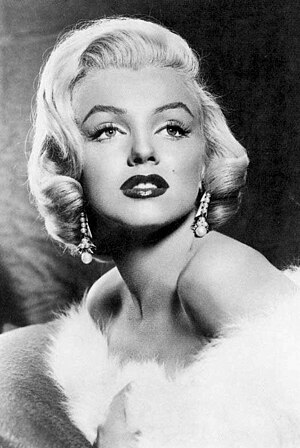 I recently watched a documentary on TV3 called Marilyn Monroe: The Missing Evidence which was very interesting. Investigating whether Monroe’s death in 1962 at the age of just 36 was suicide or murder, the documentary has some interesting input from commenters including Chris Epting, Professor Robert Watson, Richard Buskin, Darwin Porter, Raymond Strait and Jay Margolis. Detailing various different versions of what may have happened on the night of Monroe’s death, the documentary includes information such as the eyewitness statements of ambulance attendant James Hall and partner Murray Liebowitz that they seen Dr. Greenson inject a fatal injection into Monroe’s heart and how St. Jack Clements who arrived later thought it was murder. The theories that Robert Kennedy was at Monroe’s house twice in the day and told Dr. Greenson on the phone that Monroe needed to be silenced are also explored.

A really interesting documentary with lots of information leaving viewers to draw their own conclusions on what they believe to have happened that night.