Sadness on Christmas Day,
yet another musical legend
lost.
A great artist both solo
and with Wham!
A man of great warmth
who did so much
for charity and causes.
Gone too young at 53,
rest in peace George Michael,
your music and inspiring nature
will live on. Staring through the railings,
animated chatter
and lots of activity,
people coming in and out,
take me home
but not just for Christmas.
I might be a pug
with a fierce face
but my heart is full
with love
and Christmas cheer
to last the whole year ’round.
My name is Rudolph
so I’m festive
throughout the year.
A family stop,
my heart beats,
they decide to take me,
we are each other’s Christmas present,
a present for life.

My new book Hours of Darkness is now available on Amazon. It is a thriller where a spree of murders by a lone gun man take place. Can policeman Michael Hennessy-Walsh solve the case with partner Ian Doyle?

Loved writing it because I love reading mysteries so it was a good experience. 🙂

If you’d like to purchase the book go to:

Or any of my other books at:

Love Is A Battlefield

Or to purchase my childrens’ book go to:

Or finally to purchase my poetry collection go to:

Thanks in advance if you purchase any of my work. And I hope if you do, you enjoy it.🙂

Bonds That Bind: A Short Story Collection (2016) by Writings by Ender and Beautiful / Losers Magazine founder Austin L. Wiggins is a beautifully written collection of six short stories: The Bird That Flew Overhead, One Man’s Sin, Radiance, The Outsider, Of Flowers and What Ails Us. The book is thought-provoking and asks of readers exactly how far their moral compass goes.

The characters in each of these collections share two traits: a sense of being flawed but also of being human. These stories have very realistic and relateable characters in extraordinary circumstances which many readers will hope they are never in. Written in a very accessible style each story drags you in making you want to continue reading to find out what will happen. There is a beautiful descriptive style to the writing.

The Bird That Flew Overhead has many stunning descriptive lines and is a great opener for the book. The tension and anticipation is very well written in this story and leaves the reader wanting to know how it will end. One Man’s Sin is an intriguing tale of a 40-year-old revenge and once again the reader’s attention is held brilliantly throughout. Although all the stories are great, the best in my opinion is the third story entitled Radiance. The plot is so good and so original. It is the story of George whose best friend Joe has had an affair with George’s wife but is now going to kill himself out of guilt. It is down to George to stop him from doing so. A very interesting plot and keeps your attention to the end as you wait to see whether George will show his humanity or not in light of what he knows. The Outsider is wonderfully written. It deals with quite a mundane situation. Derek is in The Pacific City Wind Ensemble and we as readers get a great sense of his inner feelings about being part of the ensemble and the different personalities of the members. Fascinating and an excellent commentary on human communications. Of Flowers is an interesting story with a bit of a James Patterson feel to it. From one best-selling crime writer to another the final story What Ails Us has a bit of a John Grisham feel to it. We follow Glenda’s story as Price interviews her and it is a cleverly written and thought-provoking plot.

If you would like to read Bonds That Bind: A Short Story Collection by Austin L. Wiggins go to:

If you are an indie Amazon author who would like me to review your book here and on Amazon do comment below. 🙂

Look around at
the trees growing,
the flowers blossoming,
the ladybirds crawling,
the butterflies fluttering,
the dogs waddling,
the cats sleeping,
the fishes swimming,
the birds flying.

Watch,
a tiny orangutan swinging
through the trees,
a baby bear climbing up
a tree,
horses galloping,
donkeys trotting,
tiger cubs running,
what do you see?
what do you realise?
Us humans are but a dot
on a varied earth
full of beauty,
isn’t it nice to be
a part of it?

Pealing away the layers
willingly,
letting go of the secrets,
happily.
Lost in each other,
so very in love.
Together they feel invincible,
together everything is perfect,
imperfect at times
but perfect all the same.
Like the wings of a bird opening
to place their love on display,
a freedom taking flight,
fears losing strength.
The beautiful moment where
they don’t care what the world thinks,
only what each other thinks.

Whenever I hang out with Andy I feel like my blood pressure is going to explode. Sometimes I wonder why I do it to myself but when you are friends with someone and they are the brother of someone it takes a lot to say no. You can’t always be washing your hair after all. But as an open-minded pansexual man it takes a lot of strength to go for the weekend to see my bestie Jim’s bigoted brother who has a bigotry against anyone who isn’t a white heterosexual cisgender man. The fact that I’m slightly in love with Jim is the reason I’m sitting in the passenger seat of Jim’s car on a lovely sunny Friday afternoon making the hellish journey to see the bigot who doesn’t like to be called or thought of as a bigot. What a surprise! Most bigots don’t like to after all. It’s apparently his religion or whatever the latest excuse he can dig up is. Jim has 98FM on as we continue along.
“Andy’s new wife Alma will be there. She’s nice.”, Jim informs me.
“Cool.”, I reply although I’m secretly wondering if Alma is as evil as her new husband.
Jim seems to sense this.
“They have their beliefs …”
“Did I say they didn’t?”
“No but when Andy says things you get into it with him. He’s entitled to think what he wants. It’s freedom of speech.”
“Those old chestnuts. I’m entitled to think what I want too and last time I looked I had freedom of speech too. So if Jim wants to say something and I say something back to him, what’s the problem exactly?”
“But you could let it go.”
“Jim, I’m pansexual and normal-thinking. I couldn’t let it go. Anyway why are you trying to shut me up? Isn’t your brother 36? Don’t let Andy face any consequences sounds like he’s 2 and in a playschool.”
“He doesn’t mean it. He doesn’t understand.”
“As I said, is he 2? Of course he understands. Look I adore you Jim but you haven’t got some sympathising eejit in this car with you. I have no problem with him been heterosexual …”
“But that’s different.”
“How is it different?”
“Because … because it just is.”
“What a great answer? It just is.”
“Heterosexuality was thought of as the one true norm …”
“Well it no longer is. The sacred cow has been dismantled. Look I’m not going to have a row out of nowhere with him but if he says something I’m not going to baby him. I’m not in the habit of doing that with men ten years older than me.”
“But it’s his religion.”
“And it’s my sexuality. At the very least mine exists.”
“Oh my god Ryan.”
“Oh my god what exactly Jim? Does he know you kissed me twice?”
“They were once-offs.”
“I’m aware. And I’m fine with that. But he’s not more important than me.”
“I didn’t say he was.”
“Yeah, you kind of did.”
“How?”
“Well he can say what he wants but if I challenge him then I’m a troublemaker. I would have thought when he unleashes his poison first that would mean he was the troublemaker.”
“Can’t you two just get along?”
“Not while you and him and Alma now are treating me like a second-class citizen?”
“We aren’t.”
“What are you all treating me as then?”
“Ryan, you are been too much about this.”
“My point proven.”
“What do you mean?”
“If I’m been too much standing up to someone having a problem with my sexuality who I have no problem with their sexuality then what exactly would you be saying? Jim, you want me to make compromises to him. What else would you be thinking?”
“Don’t be pulling the sexuality card. You know I love you man.”
“The sexuality card? There’s another old chestnut. Should be a fun weekend.”

As an indie Amazon author, I have noticed that it is very difficult to get noticed. When I try to find indie books on Amazon it is quite difficult. This is a plead not as a writer but as reader. Obviously if you would like to purchase and read any of my books (I would be silly to say anything else! :-)) I would be very grateful but there is certainly no pressure on that. I was a reader long before I was a writer and I believe there is many brilliant books which don’t get the attention they deserve and which I am missing out on. As a reader that annoys me. I’m not blaming the company, I think it’s a fabulous service for indie authors, but indie books are hard to find. I’m not rich but if your book is between 99c and 1.29 I would like to read it and review it on here. If you are up for that, comment below. It may take time with finances and obviously giving your book due attention and reading time but I will read and review every suggestion. Let’s start an indie author’s book (or mini book at the least) revolution. We are not just writers for the sake of it. We are writers because we have to be. Let’s get rid of the stigma that anyone can be a writer. Let’s review each other’s work. If not mine, someone else’s on your blog. Just let’s get the work of unknown voices out there of the industry we love. Plug other writers work. I will start doing it to the best of my ability. Will you?

If you believe the same join me. Or comment with a link to a book by an indie author you think deserves attention. I will read their work even it takes time. Don’t lose faith in me. I will ignore no links to any work.

Amazon indie authors I want to read your work.

As indie authors we need to work together. Our work deserves a chance. Please join me. 🙂

Well we have reached the final three in this year’s I’m A Celeb and it’s been a very lovely camp this year for the most part which was nice. So what is my take on the finalists. Read on to find out …

Adam has done great. He’s the record holder for the trials after the celebrity cyclone challenge yesterday so well done to Adam on that. He’s definitely done his bit in the show which is admirable. Seems a nice guy. 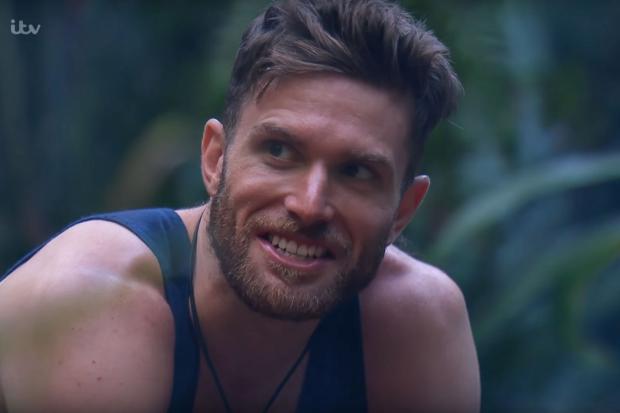 I love Joel. I love his nerdy sense of humour and I say that as a fellow nerd. He seems to be just an all-round nice down-to-earth guy and him and Martin have made this series for me. I was for them both now I’m defo team Joel. It’s going to be difficult for him to win been the third favourite but he’s my winner. Joel for King of the jungle! 🙂