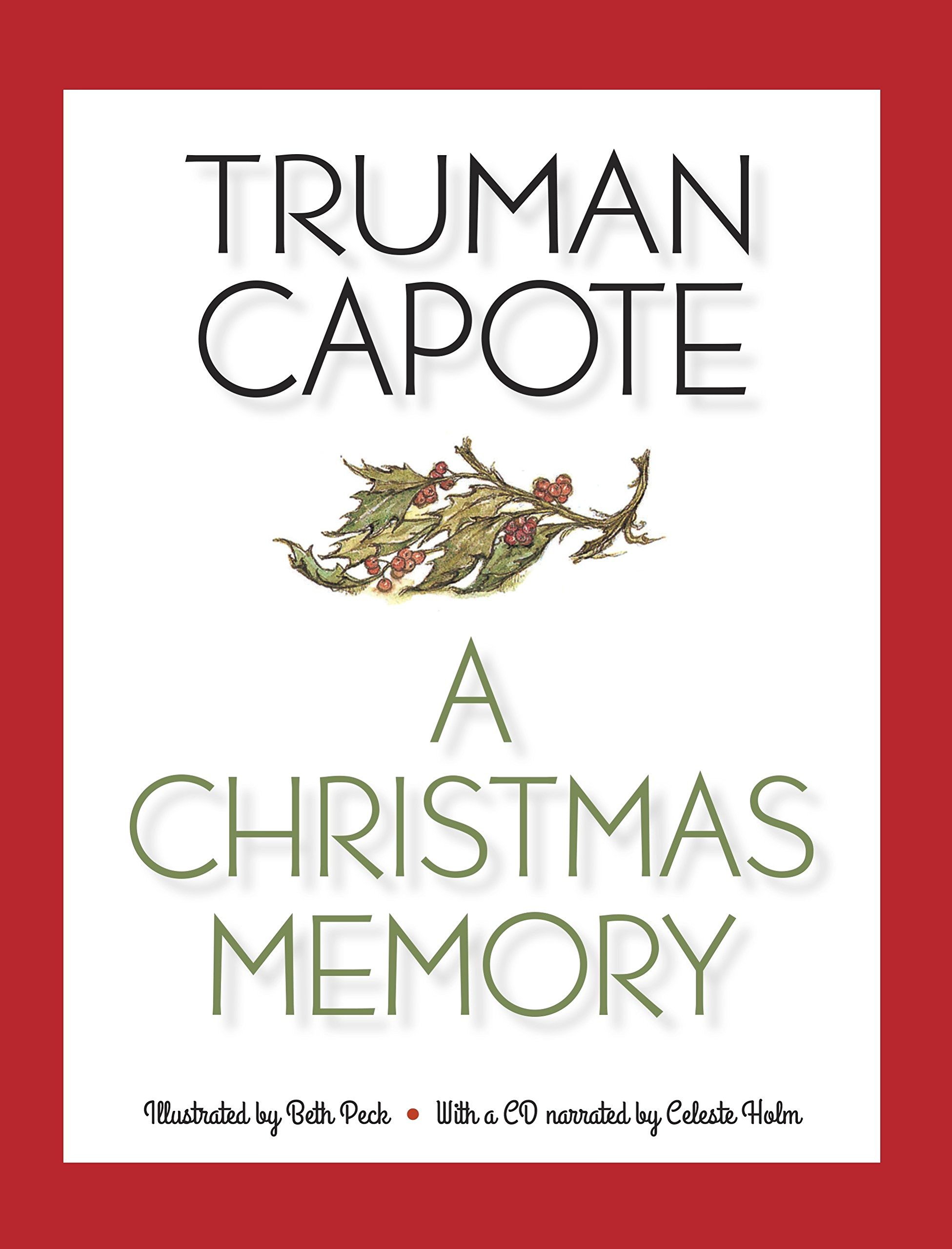 A Christmas Memory (1956) by Truman Capote is a beautiful short story. The story was first published in Mademoiselle magazine.

The story, which takes place in the 1930s, is very autobiographical. It is told from the POV of a seven-year-old boy who is unnamed but is called Buddy by his cousin. Buddy is based on Capote when he was a young boy. His cousin Sook is based on his cousin Sook and is referred to as my friend. Sook was Capote’s cousin and best friend. The pair live with other relatives and the dog Queenie and are not very rich. However, they both love Christmas and save up to make the occasion amazing every year.

Fruitcakes are a big part of this story. Buddy and Sook made them every Christmas. They go and collect pecans for the fruitcakes and purchase other things they need like whiskey from bootlegger Haha Jones. These fruitcakes, which take four days to create, they send to acquaintances and famous people. They also go to get the Christmas tree and make decorations for it as well as gifts for everyone. They make each other a kite as a present and go fly them together. It is their last Christmas together as Buddy is sent off to Military school the following year and they never got to spend another Christmas together before Sook’s death.

This story is a beautiful story of family and friendship. Buddy and Sook really care for each other and love spending time together. It’s obvious the love and warmth that is there for each other. It is so moving to read. They just get each other and they have each other’s backs and it’s lovely. I think they are both fun and non-conformist and happy. I really like both characters and their relationship with each other. It makes you feel all warm and happy inside reading it.

The only thing I thought was a huge problem was how Sook allowed Buddy to drink the leftover whiskey and they both got drunk. I still like her but that was not responsible by any means!

The end of this book is heartbreaking. It is what happens in life. It’s based on truth so it would be. But that doesn’t mean it doesn’t rip your heart (which has been filled with heart-warming feelings up to this point) out and make you feel so sad. Because prior to that you are reading about their beautiful relationship and then there is just the memories. It reminds you to cherish the moments you have with your own loved ones because nothing will last forever.

To purchase A Christmas Memory by Truman Capote go to:

For more about Truman Capote and his work go to: 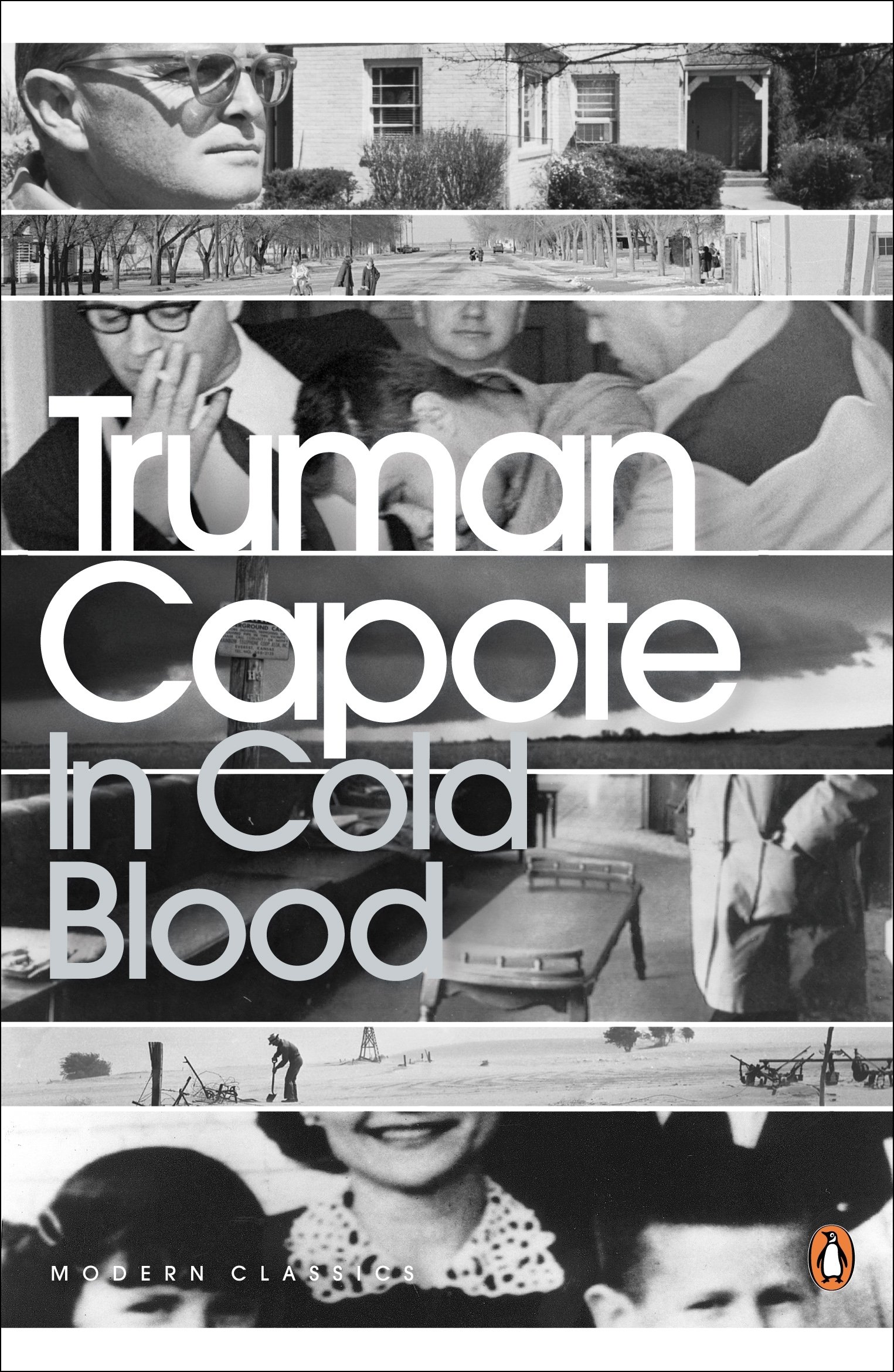 Breakfast At Tiffany’s (1958) by Truman Capote is an absolute classic novella.

Set in Manhattan in 1943, the book is told from the POV of an unnamed male narrator. One of his neighbours is socialite Holly Golightly. He becomes friends with her and they begin to hang out. There is also romantic feelings between them. She is hoping to snatch up for herself a rich man among the many rich men who lavish her in expensive gifts and bring her to swanky places.

I like the two main characters. They are both very different. Holly is more wild and more likely to speak her mind. The unnamed narrator is a bit more reserved and people pleasing. They are both very likeable. I find they have a lovely mutual respect for each other and how the other goes on. I think maybe in the hands of a lot of authors the narrator may have turned into one of those types of characters who find themself more sophisticated and mature for having their personality type. Smug really. But Capote doesn’t really do that here and subsequently makes his unnamed narrator likeable.

I love Cat too. The cat is not a major character but Cat, I always feel was given a personality in a way that not every pet in a book does. I kind of always felt that Cat had a mystery story to tell. Also Cat is just super adorable. There is also great symbolism of Holly’s life through Cat showing her fear of both belonging and of not belonging. I think loneliness and fitting in are huge themes in the book and I think both Holly and the unnamed narrator are lonely and trying to fit in somewhere in the world and with each other they do.

I won’t give away the ending but the ending is not quite the same as the movie. Which is better? Hard to say really, it just depends what kind of ending you are looking for but both endings work and that’s all I am saying before I give all away!

I love this book. I love the naturalness of Truman Capote’s writing.

To get your free copy of Breakfast At Tiffany’s by Truman Capote go to:

For more about Truman Capote and his work go to: 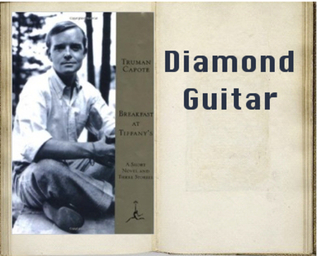 A Diamond Guitar (1950) by Truman Capote is a stunning display of writing at the highest quality. I don’t think anything he wrote could possibly be bad. He was such an amazing writer.

At sixteen pages, A Diamond Guitar is a brilliant look at living for the moment and how life is so important. Set in a prison farm, there is a man called Mr Schaeffer who is serving a life sentence and becomes friends with a new prisoner called Tico Feo who has a jewelled guitar and plays it for the entertainment of his fellow prisoners. He is also plotting his escape with Mr Schaeffer.

With immediate and stunning writing throughout and a wonderful title, this story does feel like the original Shawshank Redemption at times but written in Capote’s own signature style. There was so much packed into the shortness of it. We got to know the characters quite well for the limited amount of pages. I love the way Capote writes. It’s very down-to-earth, very conversational. Loved it!

To get your free copy of A Diamond Guitar by Truman Capote go to:

Today I was very sad to hear about the death of an actor who I love, Philip Seymour Hoffman. I remember the first time I seen him act as Truman Capote in Capote. It was a revelation. I hadn’t been aware of Truman Capote before and it was through the actor’s protrayal that I developed an interest in Capote’s life and work. Seymour Hoffman played the role very human and realistic. It was clear that he had done a lot of research in order to play the part in a way that was realistic of the personality and the life of Truman Capote. There has been another adaptation of Truman Capote’s life which was also well acted with Toby Jones in the role of Capote but it didn’t show the depth of Capote that Seymour Hoffman’s performance did. When you read about Truman Capote’s life yes there was the parties and the muses but he also had other sides to him. A loving relationship with Jack Dempsey, a very close friendship with Harper Lee, a steely determination to succeed, a warmness and a complexity and it was through Seymour Hoffman’s performance that these areas of Capote’s life came to the big screen in a film which was a major success and won the actor a deserved Oscar win.

The 46-year-old actor was found dead reportedly in an apartment in Greenwich Village in Manhattan by a friend who was a screenwriter. The apartment is understood to be owned by the star and is three streets from the home he cohabited in with his girlfriend Mimi O’ Donnell. The couple were together for 15 years after meeting on the 1999 play In Arabia We’d All Be Kings. Hoffman directed the play. They had a son Cooper in 2003, a daughter Tallulah in 2006 and another daughter Willa in 2008.

He has in the past been treated for addiction to pills and friends last night said that they felt that the actor had returned to drugs after been clean of drink and drugs since he was 23.

Tributes poured in for the actor following his untimely death.

Naomie Harris said: “That’s a huge loss for everyone. He was an extraordinary and intelligent man, so it’s incredibly sad.”

Jennifer Lawrence said: “Such an incredible actor. You played an excellent Plutarch. So sad.”

John Hurt said it was his death was a”devastating loss” and added,

“He was a great actor, a great member of thr film and theatre community. An extraordinary talent, directorially as well as an actor, he’ll be greatly missed. His contribution was massive.”

Ricky Gervais said: “One of the greatest actors of a generation and a sweet, funny and humble man.”

Courtney Love said: Words seem inadequate to express the sadness I’m feeling about the loss of an acting genius and friend.”

My condolences and prayers are with all his loved ones at this sad time especially his girlfriend and children.

Philip Seymour Hoffman, may you rest in peace.