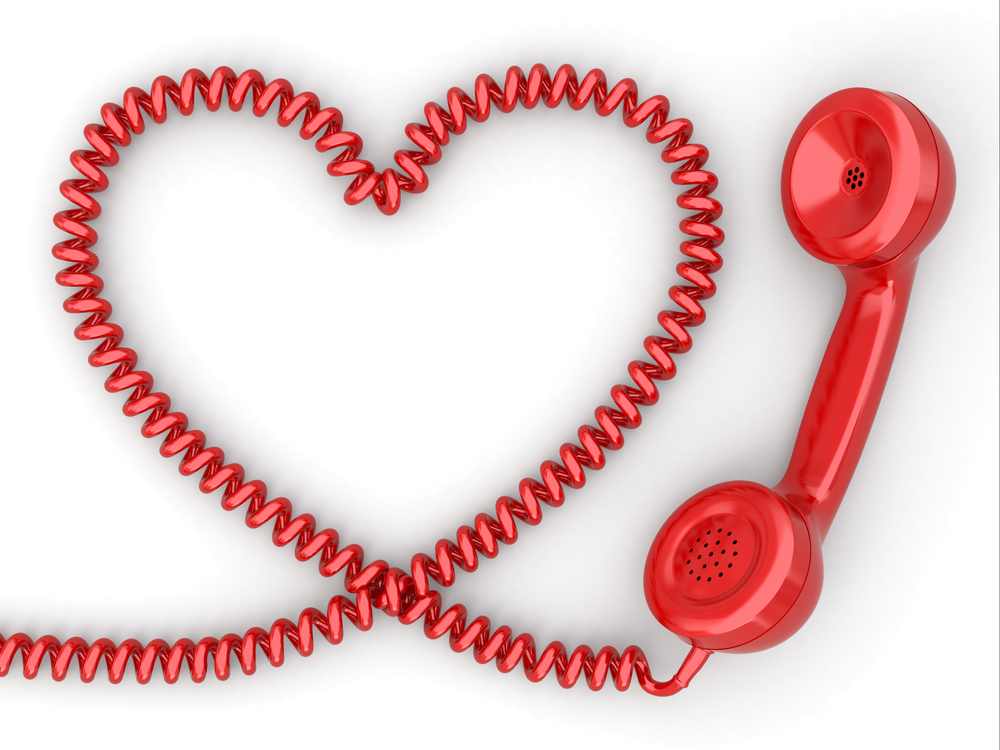 no flowers, no card,

she hoped her love

‘Meet me for dinner’,

so she popped on some music

and got all done up,

she met her outside

the date of the venue

and went inside to be asked,

Happy Valentine’s Day everyone! Here is my short story in homage of the day that’s in it called Valentine’s Night. Hope you all enjoy it. 🙂

Charles had always prided himself on been sophisticated and immaculate. It was the reason he couldn’t stand his two younger brothers Paul and Alan calling him “Charlie”. Charlie?! At 38?! Were they been serious?!, he’d think. Mind you when they realised it irritated him they had banteringly did it worse. Priding himself on conventionality, it was no surprise to find him having a romantic meal on Valentine’s night with his girlfriend Saskia. The two worked alongside each other as financial analysts. He had known that she was the one from the moment they first started talking but he’d never admit to such sentimentality. They began to eat their starter. Agreeing not to talk shop tonight, talk turned to classical music and an indepth discussion about how terrible the state of popular music was nowadays.

By their main courses, Saskia had began playing with the tiny love heart decorations on the table. She was clearly trying to set a mood but it was rather lost on Charles. She smiled. She loved everything about him from his unromantic tendencies to his sarcastic, dry wit to his passion for his work and his perfectly immaculate hair and suits. And that was why after desert, she got down on one knee and said,

“I have loved you since I met you. Or close to it. You have made my life complete in every way. You are my companion too and I want to continue that journey with you for the rest of our lives. Will you marry me Charles?”

He looked around the restaurant subconsciously and pulled her to her feet.

“Well yes but really, it should have been me who popped the question. What will people think of me as the man not stepping up to the plate?!”

“We can pretend you were the one who proposed!”, Saskia laughed while thinking, babe it really doesn’t matter nowadays!

Paul threw his docket across the floor of the bookies.

“That’s the last time I do that fucker Rob!”

Rob, full name Roberto, was Paul’s husband of a year but they’d been together since they were 20. They were now 35. The novelty of romance was most definitely not what it used to be which was why they were in a bookies on Valentine’s night. Just doing what they regularly done. What remained was a deep love and friendship.

“He held him at the back for too long.”, Rob added, of Paul’s bet on a horse at Kempton.

Couple of losing bets later, they smiled to each other in despair. The camaraderie of losing.

Paul and Rob had met when Paul had went for a drink with his three fellow plasterers one Friday after work at the bar where Rob worked as a barman. Instantly noticing his attraction to Rob, his fellow workers/mates had continued to bring him back to the bar after work on a Friday. Gradually he had begun to talk to Rob. They realised they had much in common. Both were into sport, a little bit of gambling and finding a nice quiet pub for a drink. Eventually Paul had plucked up the courage to ask Rob out,

“The three other lads who work with me are straight so I’ll have to do if you’re interested …”, Paul had said, grinning.

“Well that’s a pity! You’ll do, I guess.”, Rob had replied, grinning with his glitteringly happy eyes betraying his words.

“Because I asked you out on the 18th of March!”

Paul went up and put the £4 bet on number 18 on the television roulette wheel. Soon they were fist pumping. £140 between them when the lovely 18 came up. 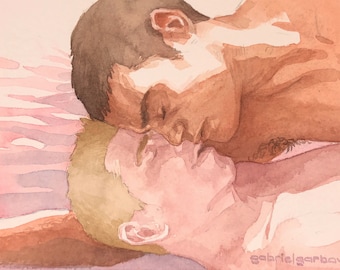 Alan had been a surprise baby to his Mum and Dad. Coming along 17 years after Paul had been a surprise but a nice one for his parents. This June, he and his other half of six months Kian would be finishing secondary school. But tonight was Valentine’s night and all thoughts of exams and school were out of their minds. Not that it took much for that to happen. Currently he and Kian were in an abandoned warehouse building having a picnic and some tins of alcohol.

“You have so many labels I’ve lost count but I love you anyway.”, he said over to Kian as he sipped his alcohol.

“So do you! So do we all!”, Kian protested resting his head in Alan’s lap.

“Non-binary, asexual, my head’s spinning though. I’ve never used Google as much in my life!”, Alan laughed.

“Well you’re allosexual and cisgender so you have enough labels too.”

“Should we even have any labels?”

“Probably not. But it’s just the way it is … you know, with all this alcohol if I wasn’t asexual, this would be the point we’d be shagging at.”

“Not sure I like this whole asexual thing.”, Alan joked.

As Alan stroked his fingers through Kian’s hair, he remembered how they had met in their first year of secondary school. He remembered how he had been struggling with who he was in so many ways and he had both envied and admired how Kian was so confident and open about who he was. And over the years Kian had helped him to figure out who he was and where he wanted to go in the world. He even encouraged his writing, something no one had done before. Turns out he did art and understood the creative spirit.

“Then you’ll have the label of husband. More labels!”, Kian giggled.

“It’d be really nice.”, Alan replied,  bringing Kian up to him as he lay back and they kissed softly.

Michael waited until they went on holiday back to Arne’s homeland in Northern Norway to pop the question. As he knelt on one knee he could remember how they had got to this point in this scenic beautiful area on Valentine’s Day about to become engaged. He had come over to Norway to work for six months. Within that time he had met and fell in love with the lad who served him his coffee each lunch-time. When he returned home to Ireland he had cried his eyes out. Yes, they agreed to long-distance romance but he missed him. Just as he was about to buy the ticket back to Norway, Arne had turned up at his flat. Said he’d been crying too. And though they knew then they’d never be apart, today was still special.
“Sure I might as well marry you Michael.”, Arne said in his trademark style.

Jaymi and Olly had a romantic Valentine’s Day in!

The pic which accompanied the tweet showed how the Union J romantic set up a table with numerous romantic features including flowers, scattered love hearts, wine, wine glasses, a card, chocolates and dinner plates. It was very romantic and homely and proves that everyone should have a Jaymi Hensley in their lives! 🙂 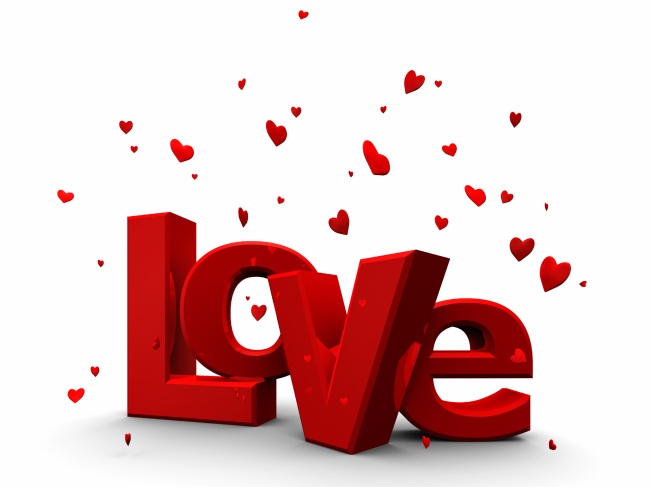 I have only ever received one Valentine’s card. When I was about 13 or so but I still don’t know who sent it and probably never will. But it wasn’t a sweet card. Sadly it was an incredibly dirty card. Oh maybe someday I’ll receive a card which is nice.

There is many reasons why I am single. I’m nerdy, career-orientated, shy and I fall for/have crushes on mostly gay men. Oh and I can’t read the signs when someone on that rare occasion likes me.

Still one day I live in hope that I will meet someone who likes me for exactly who I am. Until then the ‘ole teddies, flowers and chocolates don’t really bother me. I find the day sweet because I’m an old romantic and I love reading about celebrities’ love lives and how they are celebrating the day or writing a fanfic based on a Valentine’s Day scenario. And reading a bit of Mills & Boons (which I was in the rain waiting for the bus after college today until the gorgeous knight in shining armour of a bus driver came along to save me! He was beautiful!)  or watching romantic films or smiling at Google’s romance-themed logo. It can a bit of a sad day when your single but still fun in a different way. And on the plus side you don’t have the stress of buying someone something or getting something sorted. You can relax. And save a bit of money!

I love seeing all the teddies in the shops! They are so adorable! So until my own big human teddy bear comes along I’ll just have to make do with staring at the Valentine’s shop items and nosing at celeb’s relationships!

Happy Valentine’s Day everyone, single and attached, and as Kurt might say in Glee to all the singles out there this is our year! 🙂