The Stranger (1942) by Albert Camus is a great portrait of a person who feels life has no meaning.

Set in Algeria, we meet the protagonist Monsieur Meursault who is a difficult character to work out – and not in a good way. When the novel opens, he has just lost his mother who has been in a home and he doesn’t feel any grief for her. He doesn’t cry at the funeral which I didn’t take too seriously as different people have different ways of expressing their emotions but in a general way he is very cold and indifferent about his mother’s death. If he didn’t get on with her, ok but he seemed to have a good enough relationship with her, if not a close one. With the relationship they had, you would expect him to feel something. Instead he isn’t sure exactly what day she died and he’s telling his boss that it couldn’t be helped.

As the story progresses his inner emotionless feelings get worse. He is indifferent to his neighbor and new friend Raymond wanting to punish some woman and is indifferent to Raymond beating her up. In a smaller sense, he agrees to marry his girlfriend Marie very easily without really thinking about it. Not because he is spontaneous or because he sees living together and marriage as the same thing but simply because he doesn’t seem to have the emotions to make this important decision based on anything other than she asked, he had no reason not to so why not? In addition, he started dating Marie the day after his mother died and slept with her the same day. I couldn’t really get my head around how detached he was and how little compassion he felt. He had some good moments. He did feel genuinely sad about his neighbor Salomano’s dog going missing and did try his best to help him find the dog. On a negative side though, he was very indifferent to Salomano being cruel and shouting at and beating the dog when the dog was there. But then it gets worse. Raymond is fighting with a man about the woman he was beating up. The woman is the man’s sister. A fight occurs but later Monsieur Meursault fires four bullets into the man killing him on the beach. He barely knows him and it does feel very spur-of-the-moment and why not? It was strange. After that, he ends up in prison awaiting trial. He feels very little emotion about the trial and seems to notice things no one else would be even thinking of when their life hangs in the balance.

The novel is told from the protagonist’s POV which makes it all the more chilling. We get a real insight into his brain workings are they are so cold and distant from the world. I have often heard that this book is about not been conventional and I suppose I can see that. But it’s all the bad side of unconventionality. There is good and bad and inbetween about being conventional and unconventional and this is certainly the bad side of unconventionality. I love unconventionality but I love the unconventionality where a person is unconventional for the confidence to be themselves where they aren’t hurting anyone (except maybe those who are prejudiced and weird but they bring that on themselves by being so cruel), for the good of others and is not doing anything to hurt anyone. His actions and demeanour in this novel do and can hurt people and that’s not personally something I would celebrate or applaud. Throughout the book, I found myself put very unease by his reactions. He seemed quite psychopathic to be honest. And psychopathic even before he killed anyone I mean too. That was only one element of his psychopathic behavior. I quite like warm people with feelings and he hadn’t really any feeling or much feeling on too many of the events that faced him positively or negatively. So I didn’t like him as a character but I certainly found him to be an interesting, complex character who was written extremely well by the author.

The way the author wrote the main character’s boss was very good. The lack of compassion was pretty obvious beneath the surface of his boss’ personality. With the fast-paced industrial world, you do get the impression that his boss finds his mother’s death an inconvenience. There was definitely a lack of warmth in his boss’ personality too. The book does show the colder side of life and the human in general.

There is a certain element in this book where two characters, the magistrate and the chaplain, have opinions that Monsieur Meursault’s lack of belief in God shows his lack of humanity. I’ve never really understood that whole link between religious belief and humanity and kindness. You can be kind, bad or inbetween whether you believe or you don’t and actually these two characters were being insulting to those who don’t believe at all or who believe in a different higher being than their God. But the writer wrote this very realistically. There is a lot of people who link the two in a prejudiced knot but in all seriousness there was things which made him not the nicest guy and it had nothing to do with his lack of religion. Although I didn’t like when he pulled the chaplain by the collar. That was too far.

I have seen opinions that this book has a deeper meaning than what I took from it. So yes, admittedly some of it may have went over my head. With any book, you can only go on what you find in it yourself but maybe I am missing something deeper in it.

The murder did leave me with a lot of questions. I was wondering whether he just did it coldly in a psychopathic manner. Or was there another reason? Was he trying to impress Raymond by killing this guy? Was he in love with Raymond? Was he trying to be a wingman/friend? Was he lonely? But these were just theories and possibilities. It probably is that he was just detached and psychopathic.

This is a very well-crafted book. Very much holds your attention and is a real page-turner.

To get your free copy of The Stranger by Albert Camus go to:

And for more about Albert Camus and his work go to: 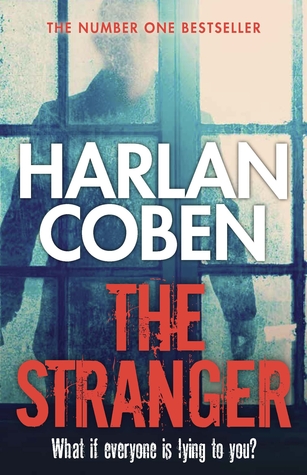 The Stranger (2015) by Harlan Coben is an engrossing read that holds your attention throughout.

The book’s protagonist is Adam Price. He is married to Corinne and together they have two sons. But then the stranger arrives and informs him that his wife lied about being pregnant a few years back. When he brings it up with Corinne, she goes missing and much of the book centres on his search to find her. As he searches, more and more layers begin to unfold. The background for the family is very well-written and really makes you as a reader root for them. A very suspenseful read with many twists and turns in pure Coben style and as always with Coben, the ending is not obvious.

The concept/plot of this book is incredibly intriguing. A stranger comes along revealing secrets that he has figured out through the internet. When people thought their secrets were safe through the net, they really weren’t. There is a great commentary on how our lives are never really anonymous even when we might think they are. So there was a great plot Coben thought out with many intriguing avenues the story might go down. This book covers a few different stories but each are connected to this mysterious stranger who pops up out of nowhere as the bearer of bad news.

Much of the plot asks the question of whether honesty is always the best policy. And whether it is anyone’s right to reveal the secrets of others. The story also deals with the consequences of secrets being opened up and the heartbreak they can cause to people. How maybe there is a good reason why some secrets should probably remain hidden. What Coben does with this starting point is brilliant as the story progresses. He shows how the opening up of the can of worms can often lead to further secrets from those with much to protect or spurred on by greed.

A really good book with much mystery and the mundane of life mixed together in a wonderful crime cocktail.

To read The Stranger by Harlan Coben go to:

And for more about Harlan Coben and his work go to: