The first live show of BBC show The Voice UK took place last night and the last ten performed for the first time live following two finalists Chloe Castro (from Team Ricky) and Beth Morris (from Team Paloma) leaving the show. It was a mixed bag of performances but Jordan Gray (from Team Paloma) stole the show with her amazing rendition of Florence & The Machine’s Shake It Off.

Proceedings began with Team Will and the first singer on his team to sing was Lydia Lucy. The song didn’t really suit her. I don’t know if her vocal is very distinctive and personal taste wise I probably prefer singers that you switch on a record and you know it’s them without knowing they have a track out. I don’t know if I find that with Lydia’s vocal which isn’t to say by any means she can’t sing but I think she needs to find a song that makes her stand out more and while I love this song it wasn’t the song to do that.

Lyrickal’s performance wasn’t great vocally but I appreciated that he tried something new that we hadn’t seen him do on the show before. The emotion with which he sang the song was great.

It pains me to say it but this didn’t work. The song kind of swallowed Lauren’s vocal up and it didn’t really suit her but she did Ireland proud by getting to the quarter finals. Not everyone can say they got to that stage and we’re very proud of her.

If Heather had have been on another team last night she probably would have got the fast pass into the semi-final because she was in the top three performances on the night so it was great she got through on the public vote. She sang this song beautifully and her piano playing was stunning too. Oh and the piano and dress co-ordination was quite cool too. She is definitely a dark horse to make the final next week.

Jordan Gray – Shake It Out By Florence & The Machine

Everything was perfect about this performance by Jordan Gray. Her vocals were on point, the staging was incredible and she looked amazing. She’s a natural performer and a true artist and she’s put herself in a great position to win the entire contest after her performance last night.

There is no doubt that Kevin has a great voice but he has sung all ballads throughout the contest so far and last night he did another ballad. He sang it very well but it was very much in his comfort zone. In saying that a singer can sing anything and I’m glad he has the chance to come back next week and show that he can do something different because I believe he is more than capable of doing so.

Jolan sang Yes by Mc Almont & Butler and he did a really good job on the track. Jolan was definitely in the top three performances on the night and has really set himself up as a contender for voice glory. If it is to be our 3rd male winner in a row I think it might be Jolan who wins.

This didn’t really work unfortunately. Harry has a great voice but it was a big ask to perform a David Bowie track in the first live show. David had such a storytelling vocal and that was missing so it wasn’t the right song but he is a great singer.

Another huge song for a first live show. It didn’t suit Vangelis’ vocal but I’m glad he has the chance to come back next week because he has had some good performances up to this point.

Cody was really good on the chorus of this song but on the verses her vocal sounded a bit low. It wasn’t her best performance on the show but I’m sure she’ll come back fighting next week in the semi-final because she’s really talented.

So basically round 1 goes to Jordan but anything can happen next week which makes everything very exciting! But outside of reviewing performances it has to be said that it is immensely brave of each of the finalists to even go on that stage. Not everyone would have the guts to put themselves out there live on prime time television and that in itself regardless of how a performance goes is incredibly admirable so well done to the ten of them on that! 🙂

“I’m so lost for words right now. I can’t thank everyone enough for doing this for me. ‘I never thought this was possible… Everyone that’s voted for me, please go and buy that single and start my career.”

Earlier in the evening proud mentor Ricky said of Stevie,

“It’s brilliant to see a man who had a dream following a dream.”

McCrorie’s version of Adam Levine’s Lost Stars was set to be brought out three hours after he won. On the final he performed the track as well as his audition song All I Want by Kodaline, I’ll Stand By You by The Pretenders and a version of Get Back by The Beatles with his mentor Ricky Wilson.

Well done Stevie on your win! 🙂 Also well done Lucy! Girl, you did Ireland really proud! 🙂 And well done to Sasha and Emmanuel too! 🙂

So The Voice UK 2015 is well underway and here is my eleven tips for Voice glory this season:

Sharon Murphy had two turns on the Voice from Tom and Ricky and opted to join the silver fox Mr. Jones. With a unique and emotive voice Sharon, from Galway and now living in Clare, is doing Ireland proud.

With Rita turning at the last second, 26-year-old Mitch Miller must have been sweating! But I am so happy he got through. He has a very quirky, unique voice.

Emmanuel Nwamadi has a beautiful voice. It’s soulful with a bit of R ‘N’ B and a few overtones of rock too. Very clear vocals and I’m glad Ricky turned around.

With his unique take on The Who’s My Generation, Howard Rose managed to get two turns from Tom and Ricky. Again he opted to join Team Tom.

Sasha Simone also managed to get two turns from Tom and Ricky with her unique, soulful voice and opted also to join Team Tom. (Ricky must have been getting pissed off after a while! Hehe! :-))

Belfast’s Daniel Duke has an amazing folk voice and is doing Ireland proud like Sharon. (As are Claudia and Lucy, our other Irish contestants on the show this year). Tom swooped in to bag another great singer here.

Singing an emotive and brilliant version of Adele’s Hometown Glory, Vikesh managed to get three turns from Rita, Tom and Ricky who he chose as his coach.

Rock chick Lisa Ward got two turns from Tom and Will and chose Team Tom after her amazing performance of Weak by Skunk Anansie.

Hairdresser Clark Carmody sung Sam Smith’s I’m Not The Only One amazing and had two turns by Rita and Tom. He opted to join Team Rita. 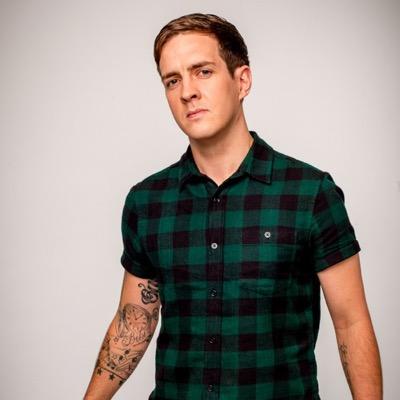 Firefighter Stevie McCrorie was the last to sing on the first show and he sang Kodaline’s All I Want brilliantly and all the coaches turned around. He decided to join Team Ricky.

Completing Team Ricky was Autumn Sharif and she had two turns from Tom and Ricky. At last Ricky won a pitch against Tom this season! 🙂