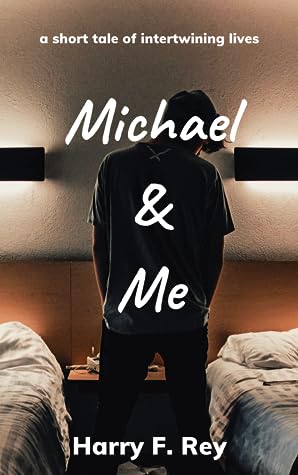 The book follows the story of Patrick and Michael who meet in 1990 in Glasgow. The story is told from the POV of Patrick. They meet outside a night club where they are talking and smoking together. Both are attracted to each other and soon they are having passionate sex. The book is about a brief period in both their lives before they move on and go their separate ways.

I read this book in one sitting. It is really engrossing and interesting. The idea was realistic to life and what does happen. Even though I must admit that the romantic in me wanted them to end up together! I liked their chemistry but it wouldn’t have been realistic for that to happen.

I love how the story deals with a lot of important topics like HIV, the lack of inclusion of sex education in schools for LGBTQ+ people when they are growing up and sexual and romantic identities which are weaved very well into the plot.

For such a short read there is a lot packed in here which is really great writing. I found the writing very natural and conversational which is totally the kind of writing I like best. My favourite character was Michael. I liked Patrick too but he seemed to be invalidating Michael’s bisexuality a lot and sometimes his assuming got on my nerves. My only flaw with the book was that while most things are tied up neatly at the end, there was still questions I didn’t know the answers to but maybe that was because Patrick and Michael didn’t know each other well. Maybe it was meant to be left a little bit vague at the end in some aspects which of course would make perfect sense if that was the case.

I did find it interesting reading about the time period this story was written in. Probably because I was born in 1990 so the span of the story is my whole life. It was interesting to see a story jump from 1990 to 2020.

I really enjoyed the story. An excellent read.

To purchase Michael & Me by Harry F. Rey go to:

For more about Harry F. Rey and his work go to: