I love the rock chick and gothic style of Pvris frontwoman Lynn Gunn. Her rock tops are so wonderful and paired with black jeans and boots she ensures a perfect rock look that I love. 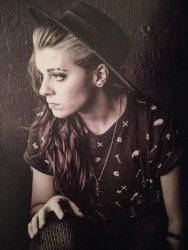 Her hairstyle is so unique and fierce. 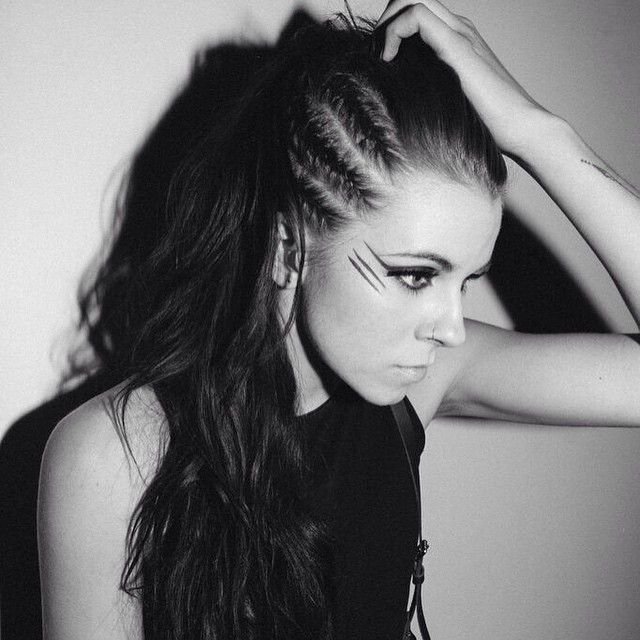 From gothic to rock make-up and a more natural look Lynn can do it all to perfection. I was reading the interview in this week’s Kerrang with Pvris frontwoman Lynn Gunn. I’ve been listening a lot to their debut album lately and I think she has a very contemporary Alanis Morissette feel to her voice so I found it an interesting read.

The interview by Jennyfer J. Walker with photos by Andrew Lipovsky opens with a look back at the moment Lynn realised this was what she wanted to do. The story was that she said it was after going to a Paramore and Jimmy Eat World co-headline show when she was 14 at the Tsongas Center in her home place Lowell in Massachusetts.

The interview speaks about how Lynn is quiet and introverted except when she’s onstage or with close mates and her fascination with featuring death in her lyrics a lot. She explains the latter saying,

“When I was three or four I was really into haunted houses and ghost stories. I had this blow-up skeleton that I’d sleep with in my crib, and my mom was like, ‘What’s wrong with this kid?”

“The shifts were from early morning to right when the sun went down. I’d never see the light of day, so I hated it.”

Lynn also spoke about her sexuality. She said her parents were always supportive and that she knew she was gay from the age of 13 but made the decision to keep it to herself until she was 18. She said,

“Kids in school are way too stupid and mean to be able to grasp that, so I was like, ‘I’m not gonna do this right now’. I waited until I was out of high school to just be open about it, because I didn’t wanna have to deal with shitheads picking on me all the time, even though there’s nothing wrong with it. I’ve always just been comfortable with it because I don’t think it makes me any different than anybody else – your sexuality doesn’t define you whatsoever, and it doesn’t affect anyone else, so I’ve never looked at it as a big deal. But unfortunately in today’s society it still is for a lot of people. Thankfully the worst criticism I’ve had is, ‘It’s a shame she’s gay!’ because some guy wanted to date me.”

She also spoke about the bad time she went through for a year which was the inspiration for most of debut album White Noise,

“I don’t want to call it depression – I don’t really know what it was, but it was a really bad time. I literally got upset over nothing, I was so unmotivated and didn’t see the point in anything, and could not find a way to be happy or positive, or anything. There was shit bothering me but I didn’t know what it was or how to talk about it…”

Read the full interview in the current issue of Kerrang.