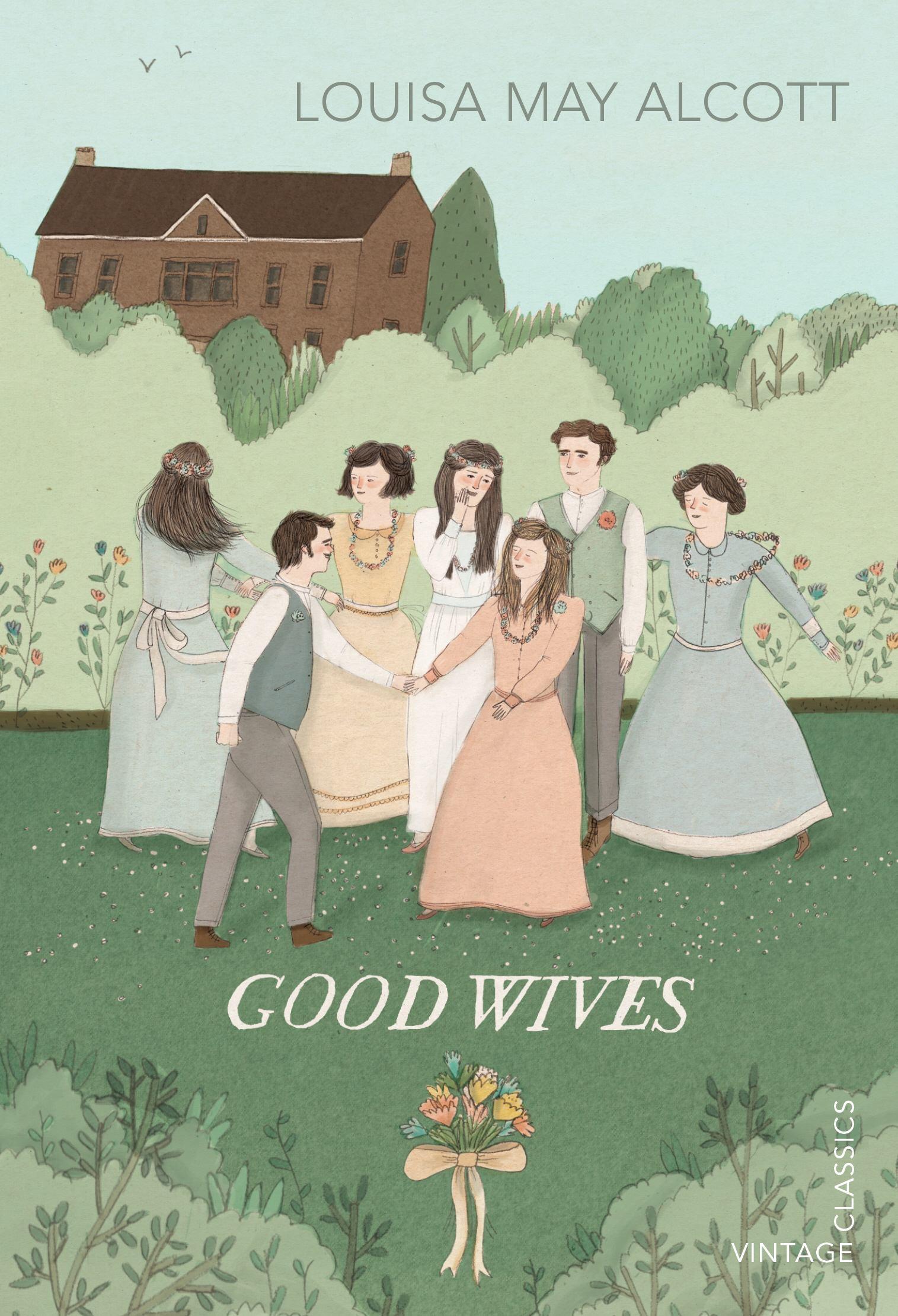 Good Wives (1869) by Louisa May Alcott is a wonderful classic with much drama, romance, family dynamics and humour. It is the sequel to Little Women.

Very much a coming-of-age story, readers follow the adventures and emotional ups and downs of Jo, Amy and the rest of the March girls. It is very interesting to read the differences between Jo and Amy in their personalities. Although I could relate more to Jo, there was elements of Amy’s manner I could relate to as well and to Beth’s manner too. So I think readers will find many of the characters easy to relate to and that will add to the reading experience of Good Wives. In this book Meg marries a tutor and becomes a mother. We see how life is for her as a young wife and mother and the ups and downs of those titles at such a young age. Beth passes away in what was some of the hardest scenes to read in this book. Reading the girls losing a part of their sisterly chain was so sad and emotional. Alcott wrote these scenes so realistic and well too that you would almost be in tears. I quite liked Beth. She would be my second favourite character in the book.

In this novel Jo, who is my favourite character, falls in love and undergoes an insecurity about her personality and way of living. She tries to be more conformist and I found myself saying, ‘Girl, you do you and forget what they all think!’ but yes, she is filled with doubt and tries to be something she isn’t which is never good. Meanwhile her sister Amy ends up with Laurie, Jo’s best friend who she has refused. They were slightly sad scenes to read too when she rejected Laurie. We’ve all been there Laurie mate, you’ll survive! But she is very fair to him and doesn’t lead him up the garden path so yet another quality to admire in Jo. But everything comes full circle and he and Amy decide to marry. While I was happy that they both found happiness I did feel they settled for each other. I didn’t buy the chemistry between them both if I’m being honest but their romance was a good read nonetheless.

Jo does find love herself and in her relationship with Professor Bhaer I felt the chemistry I didn’t feel in Amy’s and Laurie’s romance. There was great realistic build-up in their relationship. They seemed made for each other, had lots of nerdy reading pursuits in common and it was nice to see a fictional couple bonding over books because it is often books or a similar interest in general that helps bring people together. So I thought that was very realistic to life. But as a female writer I was heartbroken that she gave up on her writing. I know it was a different time and it would have been harder for her to withstand the pressures female writers were under back in those days but it really felt like she loved her craft and I could feel her pain at giving it up. I’d hate to!

There is so many messages in this book which I think are important. We live obviously in a different time now to when the book was set but many of the messages still remain important just maybe with a modern slant. For example instead of marriage we now have the option of either marriage or cohabitation but the messages remain the same of not rushing into something you don’t want to and true love being possible. Admittedly not all the characters heed that advice!

A very well-written book which is no less than one would expect from Louisa. She has ensured that all the elements are present in this book from realistic dialogue to entertaining plots and memorable characters in perfect settings and situations to test them which makes the character interactions rich and the story flowing. A very interesting page-turner.

Readers get invested in the characters’ stories very easily. A great read.

To get your free copy of Good Wives by Louisa May Alcott go to:

And for more about Louisa May Alcott and her work go to:

I’m not afraid of storms, for I’m learning how to sail my ship.
She said.
Louisa May Alcott,
you independent soul,
pushing through book after book,
inspiring years after your death,
compelling us all with characters,
making a character in Jo
who is half me,
half my sister,
writing independent women since the 1800s.
My dear fellow writer,
my dear fellow feminist,
my dear fellow woman,
today you would have been 184
but you live on through your books.
If I could have one quarter of your success
my ship would be sailing into orbit.