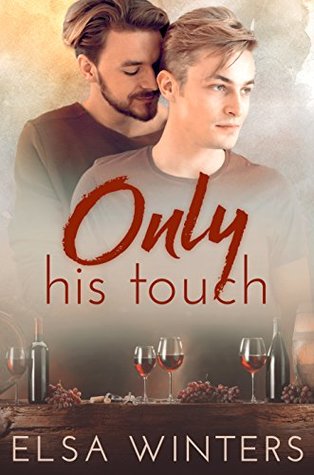 Kurt runs a catering company with his best friend Ricky. His world collides with James when he and Ricky are asked to do a job for James’ bar. Kurt is holding back a huge secret. He was viciously attacked by a group of men and has sustained horrific injuries to his back. The incident has led him to fear intimacy. Meanwhile James has a certain amount of secrets of his own. In short, he is a cad who charms men, shags them and runs for the hills. Add into all this, Ricky is secretly in love with Kurt and James’ ex lovers keep turning up.

Both Kurt and James are fathers. I liked reading about Kurt’s young children coming to visit him and I really liked Cole who is James’ teenage son. He seems a very straight to the point young man.

Kurt and James definitely have chemistry. That is very obvious from even the first scene they are in together. They have great humour together too and in general the book is littered with humour which was a huge reason I thoroughly enjoyed reading it. There is a lot of hot sex in the book between them too.

The book has very natural writing. So wonderfully down-to-earth and I loved that. I read it with ease and quite quickly even though it is quite a long book. It was pleasure really to read. A total page-turner and completely my kind of book and writing style.

Important issues like depression, the impact assault and attacks have on people and how difficult it is to trust again are covered very well in this book and in a very human way.

I like Kurt. He is my favourite character in the book. He has great humour, is very level-headed and kind. I have to admit that a lot of the characters aren’t that nice. James has aggression issues which is shown through his violent encounters with his exs Sam and Alex after they tell Kurt things that he doesn’t want him to hear. Sure they shouldn’t have been interfering but he went too far. Ricky is another character that wasn’t nice. He kissed Kurt when he was drunk and almost asleep which sounds weird as hell. Michael who is dating James’ friend and work colleague Sadie is a nightmare who accidentally nearly kills her in a drunken rage. I actually quite liked Alex up until near the end and I didn’t mind Sam too much up to the same point. But then Sam convinces Alex to get into bed with a sleeping James to take photographs which was a terrible invasion of space. I didn’t think it fitted very well up to that point with their characters and it felt like a way of making James look better in terms of his earlier outbursts. But yes, between the sexual harassment and the violence of numerous characters, the list does get shorter on who you like as the book progresses. James is certainly caring to Kurt and very sensitive to his feelings about the torment he has faced in his past but I wasn’t really rooting for them to end up together even though I knew they would. I couldn’t help thinking that if Kurt said the wrong things in James’ eyes later in their relationship, he would be violent with him.

The novel is written very well. I didn’t dislike anything apart from many of the characters but because one of the two main characters is a sweetheart it still works for me. I did love it. I found myself very intrigued and wanting to find out what happened next at almost every turn. This author is brimming with talent and I look forward to reading more of her work in the future.

To purchase Only His Touch by Elsa Winters go to:

And for more about Elsa Winters and her work go to: