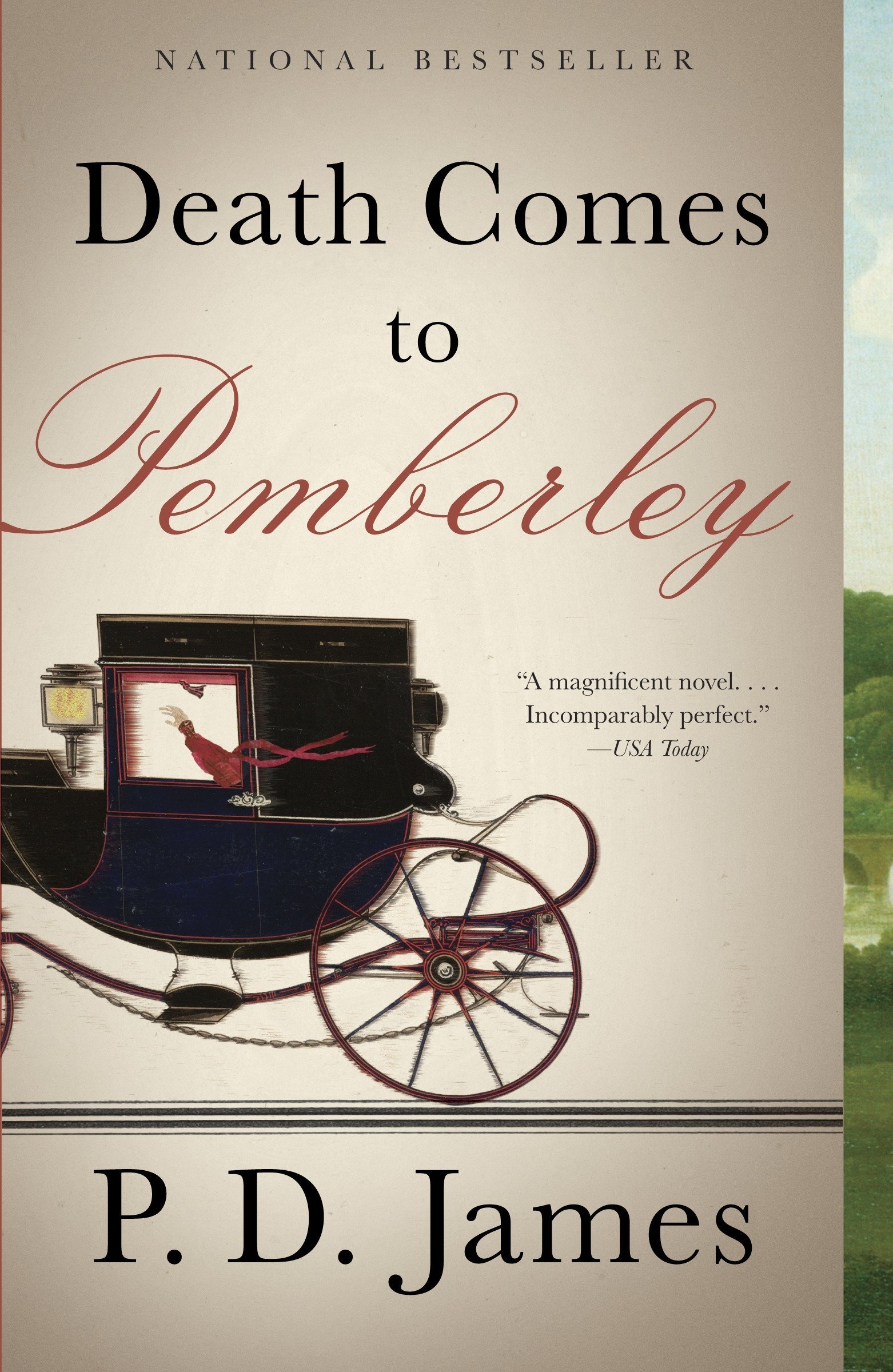 Death Comes to Pemberley (2011) by P.D. James is a wonderful mystery adapted from Jane Austen’s Pride and Prejudice.

The book starts six years after the close of Pride and Prejudice in October 1803. Elizabeth Bennet has married Fitzwilliam Darcy and the beginning of the book gets readers up to speed on the characters, their families and their situations at the current time. And then comes the murder of Captain Martin Denny and the murder mystery element of the novel begins …

I absolutely adore this novel. It combines two of my favourite reading materials in murder mysteries and Jane Austen. Kudos to James for dreaming up such a wonderful and intriguing plot. Very clever and creative idea. She also has written the book very well. As a Jane Austen fan I appreciated the way her writing in this book was so like Austen’s. She clearly researched Austen’s style of writing very well and that helped the cohesive feel of the novel as a continuation of Austen’s most well-known book.

The mystery itself is also great. Right up to the end I didn’t figure out who the guilty party/parties was which is fantastic for a mystery. The book is quite long but it is engaging and engrossing. It holds your attention very well. There is many suspects but James shields the killer/s very well which makes for a great read. Alongside the mystery there is a historical drama very much in the style of Austen. The combination of the two is amazing and through the two sides of the story we get a great insight into what the characters are like.

This book has had many negative reviews. I suppose James was always going to fall short taking on a classic author like Austen in the eyes of many Austen fans. It was certainly a huge challenge she set herself but I personally think she pulled it off. I found it a really good read and it was lovely to see Elizabeth, Darcy and co in action again.

A great read for James and Austen fans.

To purchase Death Comes to Pemberley by P.D. James go to:

And for more about P.D. James and her work go to: