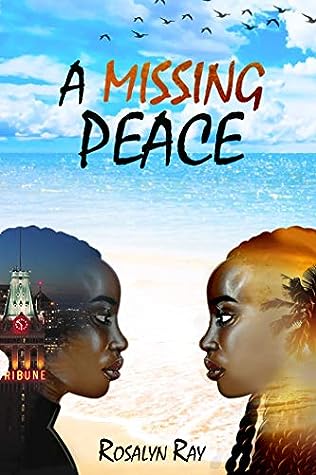 A Missing Peace (2019) by Rosalyn Ray is a really amazing read.

The plot is about a woman called BJ who invents a character Jésus Sáves because she is creative but more importantly as a way of struggling through the hard times she faces in her life. From early on, BJ alongside her sister Lydia and her brother Dante faces both physical and emotional abuse from her parents. Her parents also expect her to follow a ‘sensible’ career path and she struggles with living up to the expectations they see for her. This book is about different decades of her life and how she struggles to be herself and find her place but her past always comes back to stop her future.

On top of the abuse she faces from her parents, BJ also faces prejudice/ignorance for being black, a lesbian, working-class and female in the outer world. She has internalised racism which hinders her making romantic and sexual connections with other black women but also a wonderful open-mindedness in seeing that love and romance can exist between black and white women. BJ also faces pain knowing that her sister is in an abusive marriage to a man who is trying to control her strongness and because her brother committed suicide due to their parents’ abuse. With all the pain inside her, she finds herself depressed and tries to take her own life but survives and briefly stays in a psychiatric hospital.

I really like BJ. There are moments with her girlfriend Martha where she gets abusive herself which are ugly. But aside from that, I do like her. And while I wouldn’t condone how she acted in those situations her backstory definitely shows why she did. BJ had an anger and a rage instilled in her by her environment growing up and wasn’t really seeing Martha but rather her parents who had hurt her so much and caused so much insecurity, anger and rage in her. I thought this was excellent writing because I have known people who have that rage in them because of circumstances which they experienced at the hands of parents or a parent that they take out on other people. I thought it was well-written that the author wrote these scenes at a time when BJ and Martha’s relationship was on the rocks as I believe this symbolises BJ’s fear that everyone will abandon her or/and never love her completely unconditionally.

This book talks about numerous important issues that need to be spoken about like physical and mental abuse, depression, gaslighting, control, prejudice/ignorance in many forms, trying to find yourself and your place in the world and protecting yourself from pain. Sexual abuse is highlighted later in the book when BJ was raped by a man. Sexually transmitted diseases are also highlighted later in the book when BJ gets herpes.

This is an amazing write. I would definitely love to read more by this author. It is so original and honest about the world and is a definite must-read. Absolutely excellent.

To get your free copy of A Missing Peace by Rosalyn Ray go to:

For more about Rosalyn Ray and her work go to: