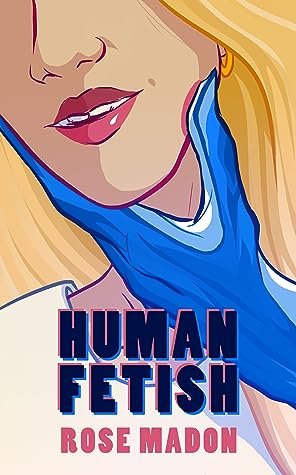 This book follows the romance of scientist Vulles and Sadie who she is doing tests on. At the start Vulles captures Sadie and takes her to a building where tests are being run on humans to see if they are prone to alien diseases. Vulles is an alien, Sadie is a human. Instantly they find each other attractive and have sex among the testing.

I really like this book. At the beginning, I was like whoa, what is going on here when Sadie was captured but the author manages to show very well that Vulles means no harm to Sadie (the complete opposite in fact in many ways) and their story is a beautiful tale of young love. Sadie is twenty-seven and Vulles is thirty and yes, I said young love because I’m thirty and I’m sticking to that! It was cool to read a story about two women of those ages falling in love because I could totally understand their feelings and the stage of life they were both at. I liked that the author wrote them as dedicated and focused but also fun and not old before their time or patronizing like a lot of characters of those ages are often wrote. I could relate very easy to these characters in those regards.

The chemistry between them both is both beautiful and hot. I think they really suit as a couple. I love how much they care about each other. There is highlighting in this book about not judging what someone’s gender is by how they present which I thought was really cool. I found the plot very fresh and modern. Some humour is thrown in there too. The idea of whether there is other life out there and people from different sections of the universe trying to understand each other if there was is written here in a really entertaining story.

I love how the book has a relationship between a trans woman and a cis woman. That was my interpretation of the story. I love how they were both so open to the idea of being with each other and embraced the relationship with such happiness and joy. It was nice to see that being represented by these two women. There definitely needs to be more relationships in stories between trans and cis characters.

To purchase Human Fetish by Rose Madon go to:

For more about Rose Madon and her work go to: