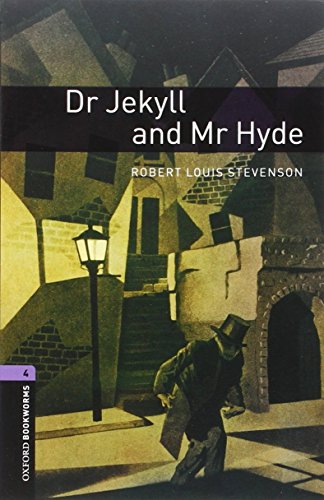 The Strange Case of Dr. Jekyll and Mr. Hyde (1886) by Robert Louis Stevenson is a great classic.

Following the story of a man with two alter egos, one good and one bad, the book has both horror and thriller elements to it. John Gabriel Utterson, a lawyer is a friend of the doctor and begins to get worried about his friend Dr. Jekyll when he gets in over his head with supposed lodger Mr. Hyde who is wanted for murder and disgraced in general. Of course we all nearly know the ending to this story today but if I didn’t know it in advance, I don’t think I would have figured out that they were the same person. It’s a good mystery.

This book is one part mystery. One part psychology lesson. It is definitely a study of the good and bad present in us all and the idea that goodness and badness is on a spectrum but that there is often more of one in you than another. I found the reading of that element of it so intriguing. It was interesting how the author put that the protagonist’s head wanted to be good but his heart wanted to be bad. I would totally agree that if someone’s heart isn’t in it or there is no desire about doing something right or being good, then even the head can’t probably stop the heart forever in those regards. Stevenson writes this topic in a very thought-provoking way. He leaves the reader with questions like has Jekyll always been really like Hyde inside or did he become like him? Personally, I think it was a bit of both.

It is very well-written. I love the descriptive way Stevenson has written this book. Great attention to detail which adds very much to the overall read.

To get your free copy of The Strange Case of Dr. Jekyll and Mr. Hyde by Robert Louis Stevenson go to:

And for more about Robert Louis Stevenson and his work go to: