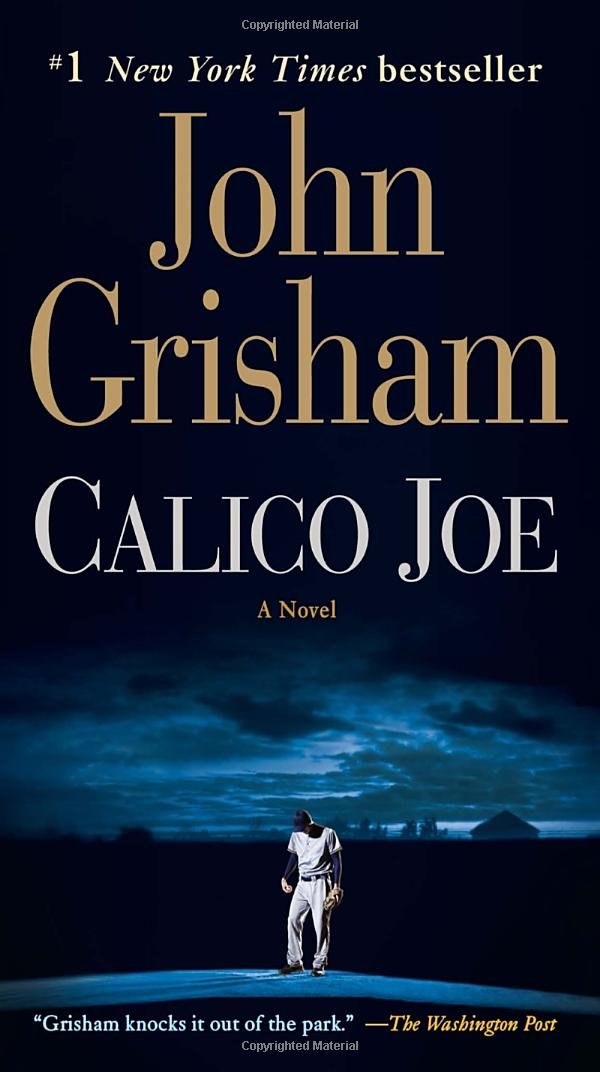 Calico Joe (2012) by John Grisham is a great read and a departure from his usual mystery writings.

This book is set in the baseball world and this story is influenced by the true story of Ray Chapman who was killed by a pitch as well as being influenced by Grisham’s own days of playing baseball when he was younger. The story is about how the career of a talented player “Calico Joe” Castle was ended in an intentionally dangerous and cruel fashion by Warren Tracey. The incident leaves Castle in a coma and fighting for his life. He survives but has a stroke and is incapacitated for life. Thirty years pass and the aftermath of the historical event is told from the point of view of Warren’s son Paul Tracey who was 11 at the time who is a huge fan of Castle’s. His father is near to death from pancreas cancer and Paul sets up a meeting between the pair to see if they can finally put the past behind them.

This book is a very touching novel about forgiveness and letting go of resentment. It is also a book about guilt and how guilt eats away at someone. It has a wonderful message about how things are more important than the game and how maturity leads to realising the things you did in your past were wrong. It also is intriguing in that it shows the human side behind baseball players off the pitch and is at times a very emotional read. It won’t be for all John Grisham fans as it is a departure from his usual mystery writings but I loved it.

To purchase Calico Joe by John Grisham go to: