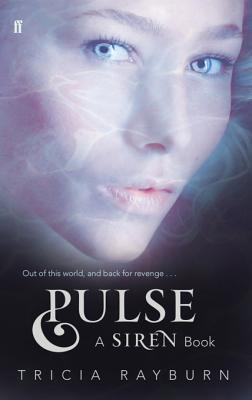 Pulse (2012) by Tricia Rayburn is the second book in the author’s Siren series.

Set in the fictional town of Winter Harbor, the story follows the main character Vanessa Sands who is a Siren. Sirens are women with the power to put men under a magical spell. But some Sirens have been using their powers for bad and men are dying. This compounds Vanessa’s fears about being a Siren. She is also worried that her boyfriend Simon is only in love with her because she is a Siren and when she meets another guy Parker she wonders if his interest is due to her powers too. She has found out that her mother is not her biological mother and that her father got a Siren pregnant who is her birth mother. She is also worried that her father is now having yet another affair behind her mother’s back. This all comes at a time when she is grieving for her sister Justine who was killed by Sirens. Supported by her friend Paige, she must try to survive and save those she cares about from the powerful and evil-minded Sirens coming her way.

I did like the book but I didn’t love it. The ending seemed far-fetched. Endings are very difficult in books and it can be a real shame if a story works apart from it’s ending. However in this case, there was a bit of an issue in the middle too. The same things were been rehashed over and over again and it caused the book to drag on a bit with space that could have had a new scene, new angle, just a new something in it. That’s the flaws. But on the up side, it had a good plot and the start was very promising and parts of the middle too. It’s written well for the most part and there was much in it like grief and accepting who you are which was written great and which worked very well. I haven’t read the first book and maybe that’s why I didn’t love it. Maybe it would be better to read after the first one.

An enjoyable, light read for the most part though.

To purchase Pulse by Tricia Rayburn go to:

For more about Tricia Rayburn and her work go to: