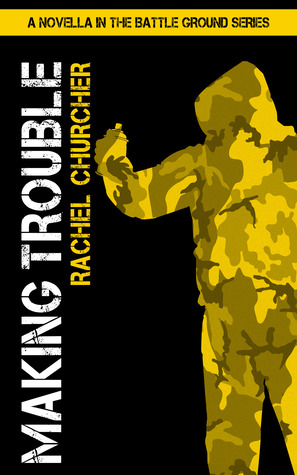 The book follows protagonist Topher MacKenzie who is facing many huge issues at just fifteen years old. His Mum is now living in Australia and he is living with his father in the UK following his parents’ split and his girlfriend is been forced to leave the UK after a racist, xenophobic attack where there was prejudice about her being Muslim too. Caught in a world where people he loves tend to have to leave for one reason or another, Topher is feeling a lack of security and a mounting fear about the future. Add into this his wonderful moral compass for trying to make things right and fair and you have a character with a lot on his plate especially for someone so young. But he is strong but he also shows his vulnerability and these two things mixed together make him a very relateable character who is easy to like.

The cast of characters in this story are great. Alongside Topher, his parents and his girlfriend we have his auntie Charlie, her boyfriend and a host of characters who are involved with Charlie and her boyfriend in trying to make things equal and fair even if it is not always by the right means. The author really strikes the right tone however in showing how they are pushed into these methods by an increasing unjust system and prejudiced attitudes.

The twist at the end of this book is outstanding. I did not see it coming at all and the writer really managed to throw everyone off the scent there so a great bit of a mystery element there which I very much appreciated.

There is great emotion placed between a great plot here. You get super engrossed in a story which is talking about serious issues and very much invested in the characters.

A brilliant read and a great introduction to the series and the characters.

To get your free copy of Making Trouble (Battle Ground #0) by Rachel Churcher go to:

And for more about Rachel Churcher and her work go to: