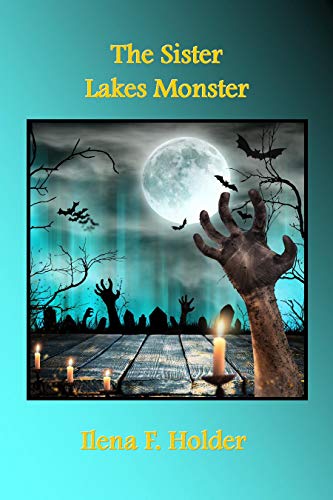 The Sister Lakes Monster (2019) by Ilena F. Holder is a wonderful short read which is perfect for this Halloween period.

The story follows protagonist Hollie who gets a job with the Sister Lakes Chamber of Commerce and begins working on their haunted house project for Halloween. But her new position brings with it a lot more than she bargained for after she decides to cover the marsh monster who reportedly escaped fifty years previously. She and her friend Nikki begin to decorate the Hiltz farm for Halloween and suddenly Hollie finds herself getting a weird written message and the impression that someone is watching her every move. Is it the marsh monster back for revenge?

The character of Hollie is great, very relatable too. Prior to getting the job, she is unemployed and at home watching murder mysteries on TV so we get to know Hollie as a person outside of her job and the monster marsh case. This helps readers to find themselves rooting for her more when she finds herself in danger and finds herself trying to make more of her life. The author also writes about the mental health issues Hollie faces in a realistic and sensitive way. Hollie’s husband Evan very obviously loves Hollie and feels the job will take her mind off her demons and encourages and supports her all the way which touched my heart.

The mystery element is gorgeously crafted and Holder packed a lot of detail about the mystery into such a short read which is not an easy feat. I was engrossed to slowly find out the history of the marsh monster and to ultimately find out who was doing this. Very gripping.

To purchase The Sister Lakes Monster by Ilena F. Holder go to:

And for more about Ilena F. Holder and her work go to: