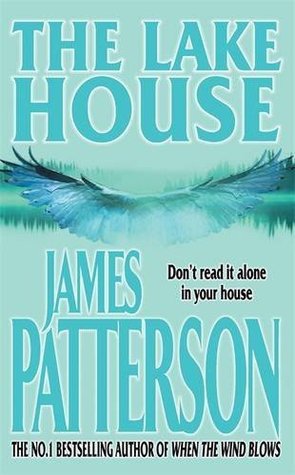 The Lake House (2003) by James Patterson is an interesting and heart-warming story that is different from many of Patterson’s output but still has his trademark writing all over it.

It follows on from When the Wind Blows which I haven’t read yet. But this is a standalone book in any case. It follows the story of a family going through the struggle of been separated from each other. Colorado veterinarian Frannie O’Neil and FBI agent Kit Harrison have adopted the six children who have the power to fly after genetic engineering combined their DNA with birds but they are thrown into disarray and pain when the children are took away from them and they can’t protect them against scientists who are out to murder them.

It is such a powerful story of family and love and trying to save and keep your family together. So much of the story would break your heart and you just wish that the family would be left alone in peace to continue their lives. This book mirrors life in many ways. There is much in the book about the prejudice which the children face because they are different in some way and Patterson writes an excellent metaphor on prejudice in this book. Through the scientists trying to kill the children he writes an authentic piece on what lengths some people go to through prejudice and lack of understanding of differences. All the characters are so well rounded and you feel the love the family has for each other on every page. Patterson beautifully tells the heartbreak that adoptive parents go through in courtrooms that often favour birth parents. And it pulls so much at the heart strings and you just want these kids to be back with their parents Frannie and Kit. Also in the Author’s Note of this book Patterson says,

“When I researched it I interviewed dozens of scientists. All of them said that things like those that happen in The Lake House will happen in our lifetimes. In fact, a scientist in New England claims that he can put wings on humans right now.”

I found that an interesting new fact and added certainly to my reading of the book!

There is of course with this being James Patterson a thriller element to this sci-fi drama as the children fight for their lives among threats to their existence. It is very fast-paced and drags the reader along on an epic emotional journey. It might not be for all James Patterson fans seeing as it has a lot more drama and sci-fi than his usual traditional mysteries but I personally loved it. This is a book full of heart.

Loved it. A must-read.

To purchase The Lake House by James Patterson go to:

6 comments on “The Lake House By James Patterson Review!”