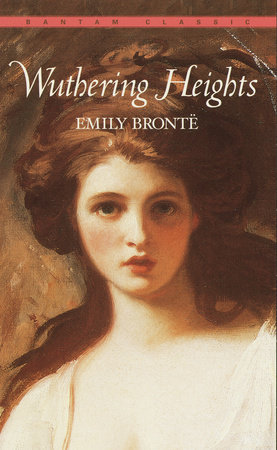 Wuthering Heights (1847) by Emily Brontë is a fantastic read.

It was the first classic book I read when I was 13 but I have never reviewed it until now. This was the only book the author wrote in her short life and her writing style is gorgeous. There is zero pretentiousness and a great emotive, matter-of-fact style. I love the way she wrote.

The novel tells the love story of Heathcliff and Catherine Earnshaw and the love triangle they are in with Edgar Linton who is interested in Catherine. Set in the Yorkshire moors, Lockwood who is Thrushcross Grange’s new tenant rests up at Wuthering Heights which his landlord owns. Here he hears all the story!

Both Heathcliff and Catherine have their flaws for sure but I always liked them. Their love story grabbed me in and I was rooting for them. Their chemistry is gorgeous, passionate and real. And you knew they adored each other. The only thing that put me a little unease was that they were brother and sister. (And before anyone says they weren’t blood-related, I know but I personally don’t think it makes any difference.) These two were raised as brother and sister after Mr. Earnshaw takes Heathcliff in to raise alongside his biological children Catherine and Hindley and that was the only thing in their relationship that seemed a little weird to me. Otherwise I loved them as a couple and to be honest I loved them so much as a couple that I let that slide.

I like their characters. They struck me as nerds. Two people who thought a lot about things. Two people who felt a lot about things. And who came together in a world of parties and appearance and there’s nothing more romantic than two people finding someone who understands them even when others don’t. There’s nothing more romantic than that, is there? A lot of the reason people didn’t want them together was due to class and social status issues and the love they had couldn’t really be dampened. Goes to show you can stop two people being together but you can’t stop how they feel about each other. I think their mental health suffered a lot from the fact they couldn’t be together. As I watched their lives go in different ways and they both becoming quite hard to the world, I always thought it was because they couldn’t be together and that was all both of them ever really wanted.

Brontë was brave in writing this book. It is different to a lot of the books in historical romance fiction. She doesn’t really go with characters as her main characters who are the people pleasing and even though they eventually conform to what they have to do, they know it isn’t right and they question things and that’s a nice quality. Brontë wrote about people and their emotions in this novel. She allowed them to feel and didn’t use the it is what it is so stop wallowing rubbish. She let these two protagonists be human and that helps readers understand them and relate to them more. She let them express their love, their loneliness and their feelings and I love that honesty in her writing.

The setting is fantastic too and becomes a character in the story in its own right. The wilderness often seems like a metaphor for their isolation in having to make a decision they wish they didn’t have to and the pain at making that decision.

Heathcliff is a character who ends up beating his wife and keeps the younger Cathy in prison to get her to marry his son. I shouldn’t like him and somehow Brontë makes us understand him. A mixture of an unhappy childhood and society’s stupid rules make him the way he ends up. These are not excuses and I still shouldn’t like him but I have to admit the way Brontë wrote it, I did because I understood that he could have been different if things had have been different. I liked though that she showed the impact society’s rules can have on someone. It isn’t a topic that is always spoken of in novels for whatever reason and it is often the source of a lot of peoples’ problems. The same goes for Catherine’s crankiness. I understood her though usually I would just think she was awful. I must add that I am not a person who is easily swayed by such things in peoples’ past or in general but Brontë did manage to get me on side with her protagonists and I’d be lying if I denied that. Don’t get me wrong, I can see their faults but I still liked them.

Younger Cathy’s and Hareton’s relationship is beautiful too and is a kind of what could have been for Catherine and Heathcliff.

To get your free copy of Wuthering Heights go to:

And for more about Emily Brontë and her work go to: