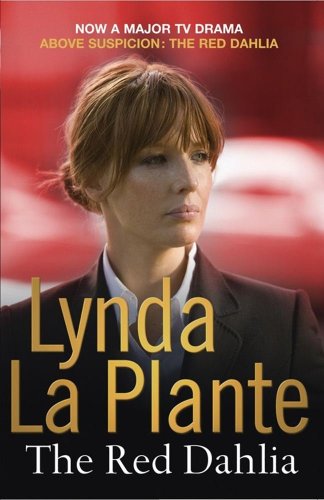 24-year-old Louise Pennel has been murdered and her body has been found by the River Thames. The press become interested in covering the case and call the case The Red Dahlia due to it’s similarities to the unsolved 1940s murder of another young woman called Elizabeth Short. Detective Anna Travis is on the case to find the killer in this Lynda La Plante thriller The Red Dahlia (Published in 2006, Simon & Schuster).

The book is excellently written with a variety of very different personalities all thrown into the mix. There is also an element of romance running alongside the main thriller plot with Travis and Chief Inspector James Langton as they try to unravel the case. There is many twists and turns to keep readers interests engaged throughout. The killer becomes very obvious quite a while before the end of the book which is the one flaw I did find but there is still many twists and turns as to the question of whether or not the killer will be brought to justice and the ending is brilliant because it’s not a typical ending. But I won’t spoil it on you.

La Plante’s writing style throughout is excellent. It is very down-to-earth, matter of fact and earthly. She writes it very naturally. The way she writes about how the press quite often make sensational headlines even out of tragedy is very true of so much press that surrounds us in real-life.