Attitude Magazine’s Attitude Love & Marriage issue is currently on shelves and features Union J star Jaymi Hensley and his fiancé Olly Marmon who have become the first same sex couple to feature in advertising for popular wedding tailor Moss Bros. The couple, who will marry at the end of the year, feature in pictures wearing looks from the brand’s spring collection.

The happy couple, who have been together for over four years are seen in a touching clinch smiling at each other. 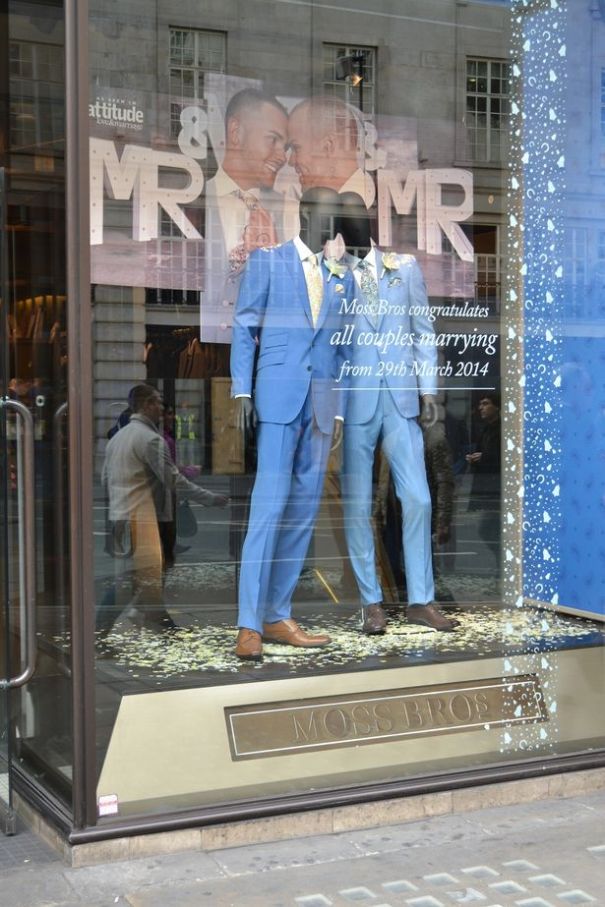 ‘I’m getting married in December. It’s going to be a big day… Management have been trying to say the next tour is in December so maybe we’ll get married during the interval.’

The advert is a big departure for men’s formal-wear firm Moss Bros which was founded in 1851 and the national campaign aims to celebrate the historic change in British law which will, from 29th March, let same sex couples marry in England and Wales.

“Moss Bros are proud to welcome all couples in store and help dress them for the most important day of their lives – as we have done for the last eight generations.”

In order to realise this, Moss Bros joined forces with the magazine Attitude, as the fashion sponsor for its special issue ‘Attitude Love & Marriage’.

It is the first wedding magazine in the UK exclusively targeting the gay market. The collection is exclusively featured in “Attitude Love & Marriage” and 70 Moss Bros store windows nationwide.

“This is history in the making and we are truly humbled that a British high street institution such as Moss Bros have shown their commitment to equal marriage by supporting our Love & Marriage special issue and dressing their windows to mark the partnership.” 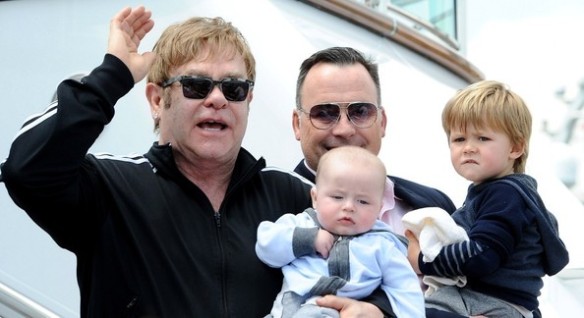 Also featured in the issue of Attitude is Sir Elton John and David Furnish who are planning their wedding after gay marriage was legalised.

The couple were one of the first couples to enter into a civil partnership in December 2005 and eight years on the singer and filmmaker who have been together for more than 20 years and they have two sons, Zachary, three, and one-year-old Elijah, are planning their wedding day.

“Elton and I will marry – as a high-profile couple, we feel it is our duty to do it, to make sure that everyone knows that this is something that many gay men living in this country never dreamed would happen. When it was announced that gay couples were able to obtain a civil partnership, Elton and I did so on the day it came into law. As something of a showman, [Elton] is aware that whatever he says and does, people will sit up and take notice -so what better way to celebrate that historic moment in time. Our big day made the news, it was all over the internet within minutes of happening and front page news the next day. Elton and I both think there is a massive difference between calling someone your ‘partner’ and calling them your ‘husband’. Partner’ is such an impersonal word and doesn’t adequately describe the love we have for each other. When Zachary and Elijah are grown up and having children of their own, they will – hopefully – be living in a world where everyone can be equal, when being married isn’t about whether you’re straight or gay, but simply about being human.”

Also featuring is John Whaite and his boyfriend Paul Atkins who are the cover stars. They are discussing their country wedding.

Attitude Love & Marriage is out now.